To produce accurate and detailed horoscope of a person, determining whether to start on a specific day of any important matter, you need to know what the sign was or will be in the date you want certain planets. You can find it with the help of a professional astrologer, but you can own. 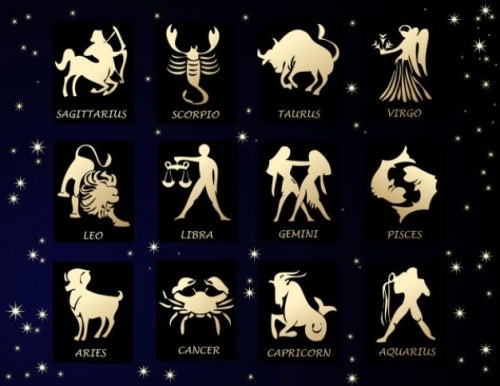 Related articles:
Instruction
1
To determine the sign in which there is one or the other planetyou will need the most accurate geographic coordinates, date and time accurate to the minutes and seconds desired events: the birth of a child, the start of the trial, etc. If the exact time cannot be established, use as close as possible - there are methods to make further changes. Latitude and longitude are defined using atlases and maps. You will also need a table of the ephemeris for the desired period. Ephemerides are available as separate editions, and additions to astrological magazines. There are ephemeris tables for a century, a decade, a year, just select the period of time.
2
Make a template for cosmogramma where you can note the values for all the planets in order – mercury, Mars, Venus, Jupiter, Saturn, and others. It will also help you to establish connections, oppositions, squares and other aspects of the horoscope. Draw on paper a circle is divided into twelve sectors according to the line diameter to 30 degrees each. The sectors correspond to the sign of the zodiac, starting with Aries (the first on the left below the horizon), and goes counter-clockwise order. For convenience you can sign. Each sector is divided in turn into decade - three equal parts of 10 degrees. In what decade is the planet, often depends on the strength of its influence. As a result, the template point (beginning of sector) of the RAM corresponding to the vernal equinox (March 21), should point to the East and be the point of origin. Directly to sectors in the same direction counterclockwise deposited and degrees absolute longitude (0 to 360). Every sector in turn is divided by the degree of its relative longitude (from 0 to 30). Thus, the 13 degrees of Gemini (relative longitude) will be equal to 73 degrees absolute longitude.
3
After you find the geographic coordinates of the place and prepared a template for cosmogramma, proceed to the calculation time of the event relative to the time of Greenwich, because the ephemeris tables are oriented at zero degrees longitude. For example, a person born on 4 December 1975, at 13 o'clock in Moscow. After the table of ephemeris to find the right day, it starts calculating the time of birth (the beginning of the event):1) the basis For taking 13.00 (00 Greenwich mean time + 13 hours of birth);2) the Degrees of longitude are converted to hours and minutes - longitude of Moscow is 37' 30", and one degree of longitude is 4 minutes, you need to add 37х4=148 and 30х4=120; 120/60=2; 148+2=150 minutes or even 2.5 hours. The result is 15 hours and 30 минут3) it is Important to consider daylight savings time (if the person was born after 1930, when it was adopted the decree of the SNK and all the time in the country, with the exception of Bessarabia and the Baltic States, was moved one hour forward). Here it is necessary, therefore, obtained for 16 hours 30 минут4) Summer time in the territory of the former Soviet Union was made only in 1980, the amendment here can be ignored. But if later, date of birth 24 October 1980 – we need to add another 1 hour.If the total amount was more 24, for example, 30 should be deducted a day or 24 hours, and take in this case at the time of birth and 6 a.m. the following day.
4
Table of ephemeris is necessary to determine the speed and direction of each planet is easy to do by comparing the desired day and the following (calculate the difference between its movements). Depending on the speed of the planet, by simple arithmetic, calculate its presence during the birth. After that is done with all the planets will be ready card for decryption. Some planets can move back down is definitely indicated in the ephemeris. It is important to consider highlighting in the template.
Is the advice useful?
See also
Присоединяйтесь к нам
New advices