How to show the computer image on TV

Computers designed for use at home, in the past produced designed for connection to a TV. Modern machine works in conjunction with the monitor, but if you want to connect with the TV and her. 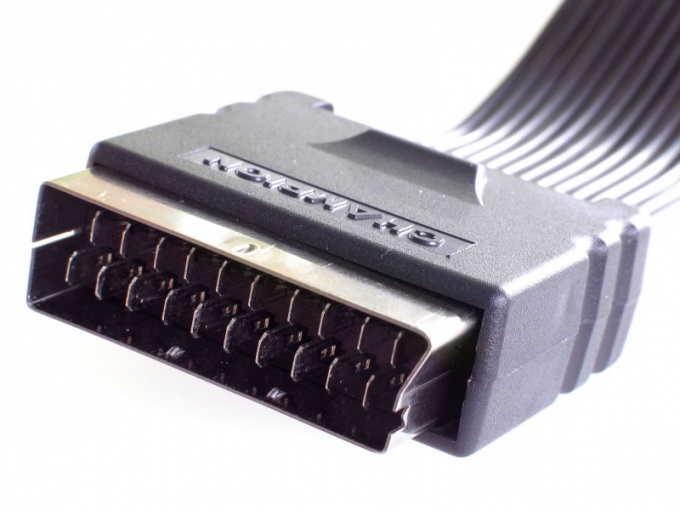 Related articles:
Instruction
1
Unplug the TV and computer and all devices connected to them. Unplug the TV antenna, if it is collective.
2
If you use a notebook, look on the rear panel connector circular shape, similar to the one that connects to the keyboard or mouse standard PS/2, with six and four pins. If it is, the computer allows connection to the TV. Buy special adapterthat generates from a signal of standard S-Video composite video. And submit it to the TV.
3
If you find such an adapter fails, make it yourself. Contacts 1 and 2 use as a General. The signal on pin 3 carries information about luminance and sync, but no chroma. It can be enjoyed on TV without any additional connections, but the picture is black and white. So it has become a color, have to use terminal 4, which contains podniesie color. They should apply to TV, not directly, but through a capacitor with a capacitance of several hundred picofarads. If desired, it is possible to choose for better image quality. If there is no standard plug S-Video, it is possible to make a plug from a damaged keyboard or mouse, removing unnecessary conclusions.
4
In the desktop computer will have to replace the video card on a special, which is equipped with a video output. It can be a standard S-Video as laptop or RCA, as a conventional VCR or DVD player. In the first case, apply the signal to the TV as described above, in the second directly.
5
The TV may be equipped with a standard connector SCART. In this case, the signal through the RCA to SCART or by purchasing the appropriate plug, use the following contacts: 17 - total 20 - entrance.
6
Restore the connection between the antenna and the TV, and feed the supply voltage to all devices. Turn on the TV and turn it on with the remote control in AV mode. If it has multiple inputs, select the one that is connected to the computer. Turn on your computer - if the image appeared immediately on the monitor and on the TV, nothing extra to do. This video card will produce a composite video signal in Linux, DOS, Windows and any other operating system. If the image appears only on the monitor, display the image on the TV will only work after driver installation. Usually this can be done only in Windows.
Is the advice useful?
See also
Присоединяйтесь к нам
New advices