How to teach a dog to fetch a stick

The ability to fetch a stick on command "Aport!" is one of the main skills of a dog, which is the owner. Typically, purebred dogs are trained by professionals on courses of training. However, even an Amateur dog owner can train his pet 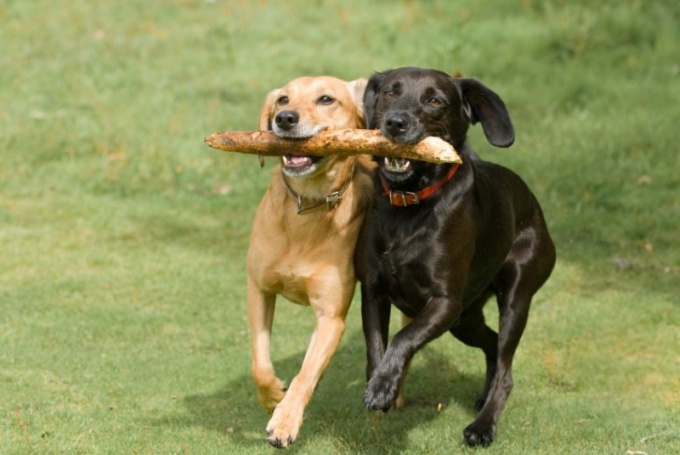 Related articles:
Instruction
1
Start dog training as early as possible, ideally from puppyhood until the animal is full of curiosity to the world. Start training in an enclosed space, so the learner is not distracted by extraneous objects. Will fit a large corridor or hallway in the apartment, or the yard at his home.
2
Sit the dog next to your left foot, keep the animal on a short leash. In the right hand grip the stick. Call your pet by name, then with a cry of "Fetch!," throw the stick on the near distance and dramatically loosen the leash. If the dog shows no interest in the flying object, proceed gradually. First try to interest the dog with a stick as a toy: get her nose "student", vex. When the goal is achieved and your mentee try teeth to pry the object out of your hands, let him do it, once again loudly say: "Aport!". This word should be associated only with a stick, so don't say it under different circumstances.
3
After a dog bite on a stick (pretend you want to take away the prey to the dog secured grip), run with her a few steps. Go back and repeat the exercise. After some time, not giving a new toy, say "Fetch!", throw a stick and the dog run to her.
4
When the dog learns that when a particular word he needs to run for "production", complicate the task. Now let the dog alone, but as soon as she takes the stick in his teeth, holler his ward by name, say "come!" and put the hand with the treat in his hands. When you get up, swap the stick for a treat with the command "Give!". Repeat the training exercise several times, then the treats get.
5
Not solivita in the dogs mouth, stick force, even if the exercise is conducted with no results. Note that the average dog takes at least two weeks to assimilate a new team. Take your time: once, repeat only twice or thrice.
Is the advice useful?
See also
Подписывайтесь на наш канал