Together with four-legged Pets a lot is the education. And even if you are not going to carry with his friend, guard, dog training commands will allow you to understand it better and much easier life. 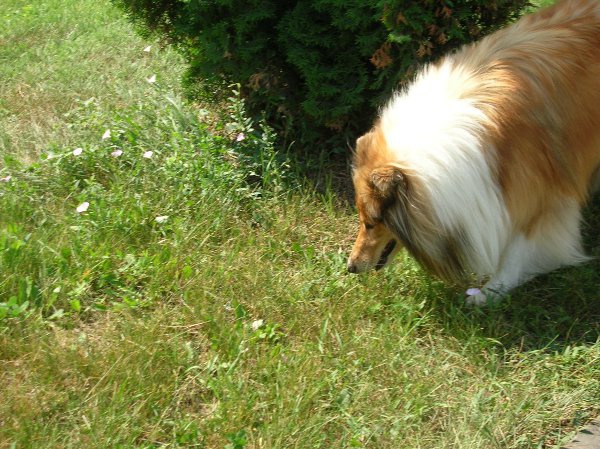 How to teach your dog the command "Give"

The command "Give" is very important in everyday life. The ability to pick up the pet toy (especially someone else's), found on the ground a bone of questionable quality, and other foreign objects is an important component of the educational process. The team, despite the apparent ease, is one of the most important and challenging, because it is based on the psychological aspect of trust your dog to you as its owner-leader. Only the leader has the right to take something from the members of his flock, this law is all dogs know from Adam. So if you can not training, it is extremely advisable to consult a canine instructor.

Working team, intuitive and simple. The dog is on a leash when grasping it in the mouth of the subject need to give the command "Give" and stretch. Immediately the dog will not fit, you need to help your pet with a leash, avoiding uncomfortable feelings, gently but firmly take the object from the jaws, simultaneously uttering the command "Give". As soon as the subject will you should be tumultuous praise and a treat (piece of cheese or dried liver). The team worked through 4-5 times in the same round, during the day, it is advisable to do 4-5 sets (this applies to learning any commands).

How to teach your dog the command "Fu"

Team "Fu" is similar to the previous with the only difference that the dog need to escape from the forbidden actions of the subject, not just spit out something. The team is taught from the cradle, as soon as the puppy tries to chase the cat, to lift something from the ground or to jump on someone. You want the same leash, which is a means of avoiding action, simultaneously there is a sharp cry of "EW!"

How to teach your dog the command "Paw"

It is rather an entertainment game than an important part of the socialization of the pet. At home when dealing with a pet can be put to use as a promotional method. Put the dog beside him show her a bit of food clutched in one hand, sacred, say "Paw" and with the other hand lift the paw of the pet. Hold the paw for a few seconds in this position, release and immediately give a treat, praise the dog. In any case it is impossible during this study to cause pain to an animal.

How to teach your dog the command "Oporto"

Pet by this command brings objects is a very useful skill in everyday life. However to learn the action you need after working out the command "Give". To teach a pet best with a wooden stick. If you need to train a hunting dog, it is desirable to manufacture soft toe caps, size and shape resembling the body of the bird. However, to train a hunting dog better still under the supervision of an instructor.

Put the dog at the left leg and wave in front of her nose apartasuites the subject, as if teasing. The dog wants to grab the stimulus teeth, at this point, give the command "Fetch" and allow the pet to pick up your item. Once the dog will grip the object in his mouth, give her a treat, praise and continue training.

If the grip teeth weak, slightly pull the stick itself – the grip will increase. In the extreme case, can the first time to replace a stick of a large tubular bone. The release of apples aside and start only when it is fully developed seizure partiremos of the subject. The capture of the dog team thrown out of apples give the command "Give" and take the object, praise and treat the dog.

Gradually, if desired, the task can be complicated: to teach your pet not only bring, but first to find Aport. Try to vary aportirovochnye items that the dog has not developed the stereotype only work on the stick. The command is considered completed only when the dog team finds and brings the items thrown to a distance of at least 15 meters, and gave them to the owner.