How to check TV remote

Remotes remote control incapacitate for different reasons: contamination of the contacts, damage of the resonator of the led. The successful repair of the paneland is possible only in the case that the location of the fault is identified correctly. 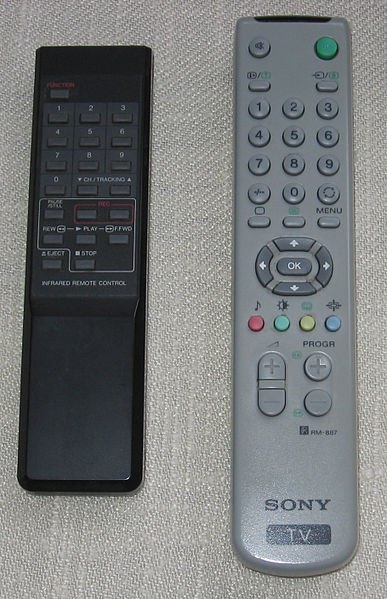 Related articles:
Instruction
1
Take a mobile phone with a camera. Turn it the appropriate mode, after which point the led of the remote into the camera lens. Touch all the keys.
2
Flash the infrared led of remote is not perceived by the human eye but recorded by the camera. If you find that the led flashes when you press some keys, but does not respond to touch others, look for fault in the keyboard. Chaotic slow turning on and off diode with no reaction on pressing any keys says about the failure of the resonator. Finally, the complete absence of luminescence may be due to malfunction as a resonator, and batteries or led.
3
In the latter case, before opening and repair of remote control change the batteries, observing polarity and re-check the device. Maybe after this repair it is not required. In case, if it turned out that the reason is not the batteries, remove them and then disassemble the remote control. If there is a fault keypad make cleaning, place all parts, except for batteries, in a basin of water, which added a little dishwashing detergent. After keeping them there for about two hours, remove and dry at room temperature for several hours. Do not try to speed up the process with a hair dryer - this will cause warping of the Board and the final damaged.
4
Reassemble the remote, install the batteries and check. If after this earned all the keys, the reason is the depletion of the conductive layer on the pads of the rubber pushers. Restore it - troublesome.
5
If there is a fault led or resonator wipaire it. Note that the led is a polar element, so before vypitoy sketch, what his conclusion was much soldered. Also note that crystals are sensitive to shock and therefore fail more often than LEDs. Take the defective part with you to the store of electronic components, where show the seller - he will pick another that fits the parameters. Be sure to tell me what led you need it to infrared, and the resonator is on the same frequency as that of the sample.
6
Itav new diode or resonator, assemble the remote and try again with the help of the phone. Then test it with a TV. Very rarely it happens that remote, flawlessly forming the infrared flash when you press a key, the TV is fuzzy. This means that the last faulty sensor or between him and the window in the front panel get dirty. To clean and repair the TV should be the only persons having the necessary qualification because it provided a high-voltage circuit.
Note
Keep the remote control away from moisture and static electricity, in particular, do not use it close to the screen CRT TV. If fails, not the led or resonator and the chip, to find the same type will be difficult.
Is the advice useful?
See also
Подписывайтесь на наш канал