How to determine the mass of the Earth

Newton called mass the quantity of matter. Now it is defined as the measure of inertia of bodies: the heavier the object, the harder it is to accelerate it. To find the inert mass of the body, compare the pressure exerted by them on the surface of the support, with the standard, introduce the scale of measurement. To calculate the mass of celestial bodies using gravimetric method. 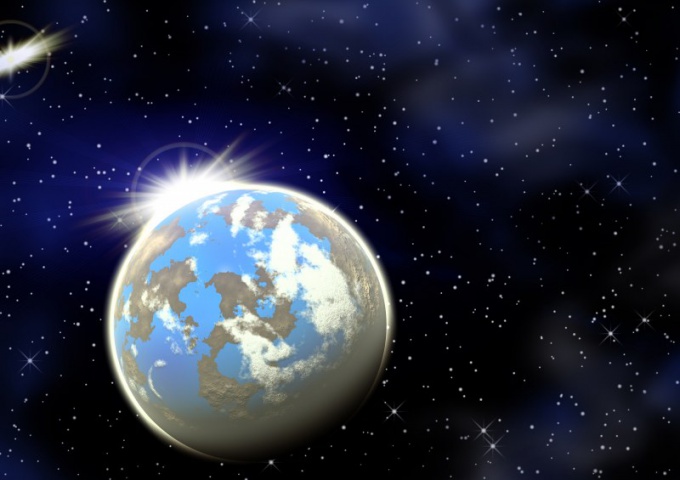 Related articles:
Instruction
1
All bodies possessing mass, excites in the surrounding space of the gravitational field, just as electrically charged particles form around themselves an electric field. It can be assumed that the bodies carry a gravitational charge, similar to electric, or, in other words, have a gravitational mass. With high accuracy it was found that inertial and gravitational mass are the same.
2
Let there be two point bodies with masses m1 and m2. They removed from each other on distance r. Then the force of gravity between them is equal to: F=C·m1·m2/r2, where C is the coefficient which depends on the selected measurement units.
3
If the surface of the Earth has a small body, its size and weight can be neglected because the dimensions of the Earth are much greater. When determining the distance between the planet and the surface of the body only considers the radius of the Earth, because the height of the body is negligible in comparison with him. It turns out that the Earth attracts a body force F=M/R2, where M is the mass of the Earth, R – its radius.
4
According to the law of universal gravitation, the acceleration of objects under the action of gravity on the surface of the Earth is: g=g•M/ R2. Here G is the gravitational constant, numerically equal to approximately 6,6742•10^(-11).
5
The acceleration of gravity g and the radius of the earth R is from direct measurements. The constant G with a high accuracy in the experiments of Cavendish and Jolly. Now, mass of Earth M=5,976•10^27 g ≈ 6•10^27 g.
Note
The gravimetric method is applicable currently only to Land, since in its progress it is necessary to make measurements from the surface studying the planet.
Useful advice
Knowing the radius of the Earth, it is easy to find its volume. It's roughly equal to 1121 billion km3. From volume and mass is the average density, by the formula ρ=M/V (ρ is the density, M – mass, V – volume). For the Earth density is about 5.52 g/cm3.
Is the advice useful?
Присоединяйтесь к нам
New advices