How to close the loop on the cap

Upon completion of the knit hat should be closed or in other words to fix the hinges on the product. Close the loop on the finished part with the help of the knitting, crocheting or needle with a wide eye and blunt tip. To close loops on the caps used the same methods as for other knitted works. 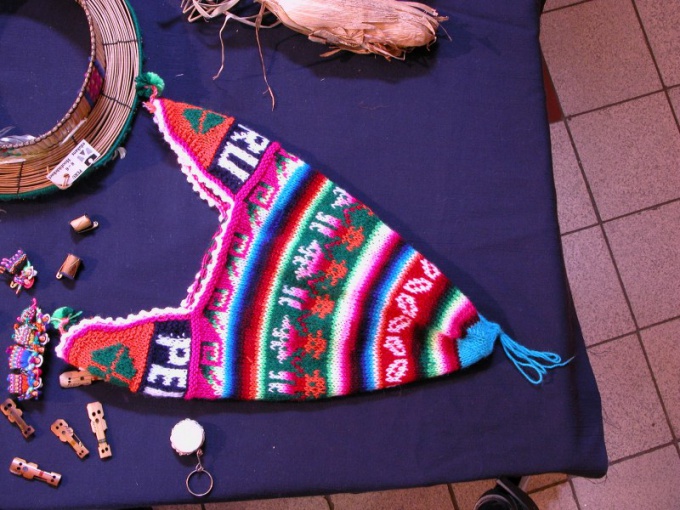 Related articles:
You will need
Instruction
1
Pinning the hinges is mainly used when knitting the following types of headgear:

For conventional caps, it is sufficient to diminish the loop a few rows after work.
2
The fastening of loops of the hook. This method is the easiest and fastest. In order to obtain an elastic edge, take the hook same size as needles. If you need to get a tight edge, use a hook two sizes smaller than knitting needles.
3
At the closing of loops, enter the hook into the edge loop and pull it through the working thread, thus creating an air loop on the hook. Then podavaite hook each loop on the spokes and promazyvaya both stitches as if to knit chain of air loops.
4
The fastening of loops of promazyvanie. Closed loop should correspond to the main pattern: on front side of the anchoring loops of the front knitting promazyvayut, and on the wrong side – purl.
5
On the front side of the canvas edge and the following loop provarite the front and then thread through the second edge knit loop. Further promazyvaya already at one loop, stretching it in the loop of the previously knit. On the wrong side of the edge loop clear on the working needle, and the next loop provarite purl and pull it through the removed edge loop. Further promazyvaya already at one loop, holding it in a loop, knit previously.
6
The fastening of loops with a needle. This is the most time-consuming method, but its application to the edge of the workpiece is especially neat and elastic. When closing the edges of the cap this method is take a needle with a blunt end. Such needles are usually used in the embroidery way "cross".
7
In the last two rows promazyvaya facial loops and purl loops on the needle take, promazyvaya. The thread must be in front of the canvas. Insert the needle into the edge loop, remove it from the needles and tighten the thread. Then insert the needle into the loop on the left needle, but the loop does not remove. Again thread the needle in the front loop on the right of the secured portion of the web, and at the same time in the next front loop on the needle. After that again insert the needle in the back loop on the needle, tighten the thread and then remove from the needles the two loops.
Is the advice useful?
See also
Подписывайтесь на наш канал