How to close a knitted cap

Knitted hat looks very stylish, it is practical and convenient. To start to crochet is pretty easy, but to finish carefully, so that the cap was sitting right on the head, not every seamstress. Close knitted cap in several ways. 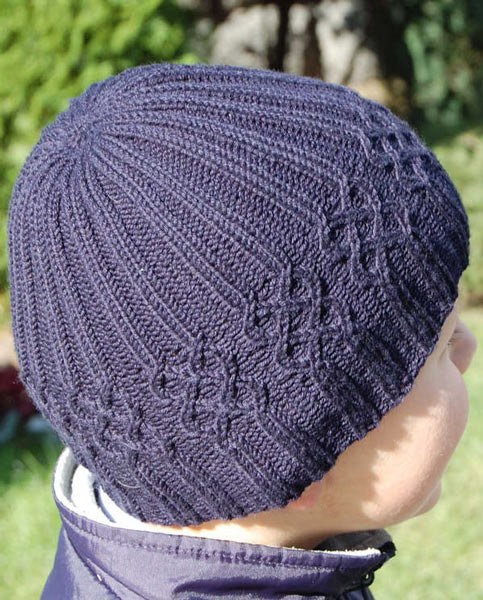 Related articles:
You will need
Instruction
1
When you link the main part of the hat, determine the ranks of contractions. For this count of the loop, divide the resulting number into 6-8 pieces (if you need a pointed hat, divide by 4). Then each selected row check slim colored thread using a needle.
2
Continue to knit the hat in a circle, but take away the loop in marked rows. For this promazyvaya loop from this number with the following loop, each time the front loop. As a result, you get a neat strip converging to the apex of the cap.
3
When the needles will remain 6-8 stitches (all rows will come together), type them on one needle and using a needle or the hook thread through thread through. Cut the end of the thread, leaving a few inches, tighten, tie off and hide the tip on the wrong side.
4
If the pattern were too many loops or cap is tied with thick yarn, and the result after collapsing in the center formed an ugly hole, we proceed the following way. Provarite in the front row all the loops, promazyvaya two together but such a double alternating loop with SC. Then cut the excess thread, leaving a few inches, pass it into a needle and sew a loop, dropping nakedi from the needles. Pull the thread, tie and hide the tip, you will see that loops are formed into a beautiful flower.
5
Another way to finish the cap: when you reach the top, proverite a number, subtract the number of loops in half, promazyvaya every two loops together. A new series link on the image, then re-reduce the number of loops. Thus reduce the capuntil 6-8 loops that would be easy to collect on a thread and pull. Note, this method is not suitable for complex vertical patterns.
6
If you knit a hat with plaits or similar vertical pattern, cut as follows: first we knit the two loops next to the braids, so the braids themselves were still intact as long as possible. Remember that each row should become less 6-10 loops, try to cut symmetrically. When to reduce the background between the braids will be difficult, grasp the main elements of the pattern and try to diminish the loop so as not to disturb the harmony.
Useful advice
If it does close nice cap to you does not work, adorn the tip of a large POM-POM or tassel.
Is the advice useful?
See also
Присоединяйтесь к нам
New advices