How to determine the reaction order

The order of chemical reactions on any substance is the exponent, which is the concentration in the kinetic equation of the reaction. The order is zero, first and second. How to determine the specific reaction? 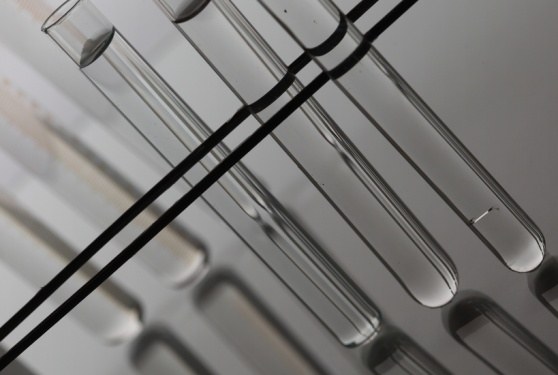 Related articles:
Instruction
1
First of all, you can use a graphical method. But first you must explain what are the differences between reactions of different orders from each other and how this is reflected in the graphs.
2
The zero order is typical for reactions which are not dependent on the concentration of substances, for example, for reactions of heterogeneous catalysis or photochemical. Suppose, in the course of this reaction the substance And is transformed into substance C, If you plot where the x-axis will be marked change in the time, and the y - axis the change in the concentration of substance A, we get a linear dependence. The concentration will decrease in a straight line.
3
First order inherent in the reactions, the speed of which depends on the concentration of one component. It is expressed as: -dC/dt = kC, or, after conversion: -lnC = kt + const. If we write this formula to decimal logarithms, we get lgC = -kt/2,303 – const/2,303. Chart based on lg C from t is a straight line with the tangent of the angle which is equal to -k/2,303.
4
If the rate of reaction is proportional to the concentration of two reactants or to the square of the concentration of one of them, it is the reaction of the second order. Its speed is calculated as follows: -dCA/dt = kCA2. The value of k in this and in the previous case, may include different constants (e.g., light intensity, concentration of a saturated solution). The dimension of mol/liter.
5
Thus, if the graph showing the dependence from t, it is obtained in the form of a straight line, the reaction is zero order. If the dependence lg C from t is linear, it means that you are dealing with a first order reaction. The reaction is second order if, first, the initial concentration of all reagents are the same; second, if it turns out a linear graph of 1/C from t; third, if it turns out a linear graph of 1/C2 from t.
6
You can use the method of determining the time of poljoprivredne. For reaction first order it is calculated according to the formula: t1/2 = 0,693/k Time, which will react with half of the reagent, does not depend on its initial concentration.
7
For reaction of second order, with equal initial concentrations of substances A and b, the dissolution half of any of them is inversely proportional to the initial concentration. Therefore: t1/2 = 1/k[A]
8
Is there a way to add excess reagents. If you add in the reaction zone is a significant excess of all substances, except one, you can determine the exponent with which the concentration of the reagent is included in the speed equation.
Is the advice useful?
See also
Присоединяйтесь к нам
New advices