How to place coefficients in chemistry

How to arrange the coefficient ofs in the equations of chemical reactions, if the subject in the school course on a number of any reasons passed, and to know, meanwhile, it is necessary. To properly arrange the factors you can, observing certain rules. This method is called the substitution method. 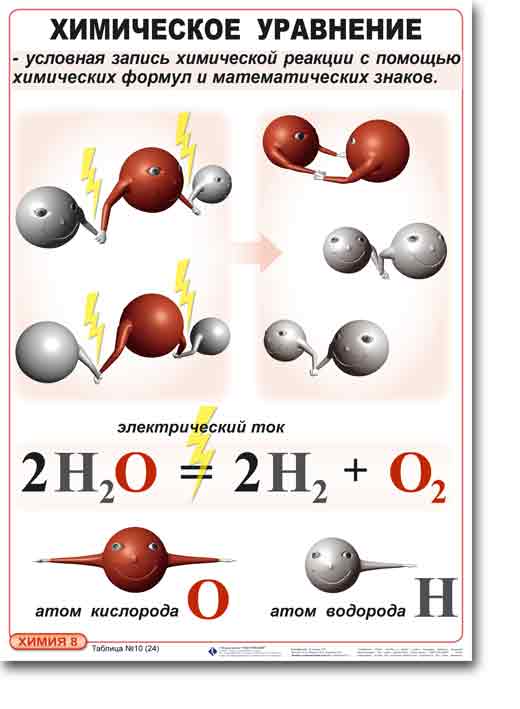 Related articles:
Instruction
1
Before proceeding to the task, you need to understand that the figure that is put in front of a chemical element or formula is called a coefficient. And the figure standing after (and beneath) means index. In addition, you need to know that:

• coefficient is multiplied by the index (not sum!)

For example, the formula 2H2SO4 means 4 atoms of H (hydrogen) 2 atoms of S (sulfur) and 8 atoms of O (oxygen).
2
1. Example No. 1. Consider the equation for the combustion of ethylene.

The combustion of organic substances are formed by carbon oxide (IV) (carbon dioxide) and water. Consistently try to place coefficients.

Begin to analyze. In response to stepped 2 atoms of C (carbon), but it turned out only 1 atom, then put 2 CO2. Now their number is the same.

Now look at H (hydrogen). The response entered the 4 atoms of hydrogen, and was the result of only 2 atoms, therefore H2O (water) put 2 – now turned also 4

Thus, it turned out the same number of atoms of each element before and after the equal sign.

Look at the S atoms included in the composition Al2 (SO4) 3 - their 3, and H2SO4 (sulfuric acid) only 1, therefore, before the sulfuric acid is also put 3.

But now turned to the reaction of 6 atoms of H (hydrogen), and after the reaction is only 2, so, before the molecule H2 (hydrogen) set is also 3, so overall, it was a 6.

Last look at the aluminum. As in Al2 (SO4) 3 (aluminium sulphate) only 2 of the aluminum atom, and to the reaction prior to Al (aluminum) put 2.

Now the number of all atoms before and after reaction is the same. It turned out that arrange the coefficients in chemical equations is not so difficult. Enough to practice and succeed.
Useful advice
Always keep in mind that the coefficient is multiplied by the index, and do not stack.
Is the advice useful?
See also
Подписывайтесь на наш канал