Such a common phenomenon as bruising under the eyes, sometimes hiding a serious medical problem. Therefore, before proceeding to eliminate cosmetic defect, it is necessary to understand the reasons for its occurrence. 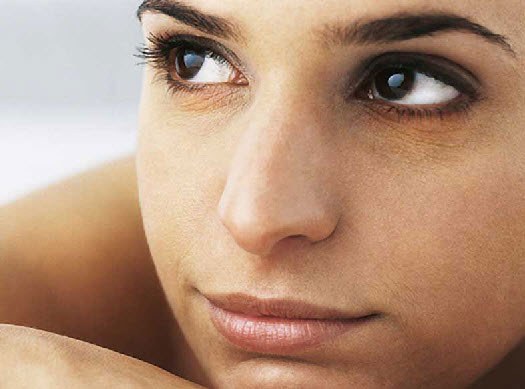 Related articles:
Circles under eyes often appear in women at a Mature age. This is due to the fact that the eyelid skin (and not only) loses elasticity and droops slightly. As a result, begin to Shine through close to her blood vessels. However, often the problem arises from young girls. In this case, to return to its former beauty, you must identify and eliminate the cause.The main cause of bruising under the eyes is lack of sleep. Even one sleepless night can significantly spoil the appearance. If you sleep less than 7-8 hours daily — circles under the eyes are a logical outcome. To resolve the problem in this case is enough to reconsider your routines.Also blue under the eyes can appear due to dehydration. And it is not always the cause is illness or fever. Often the woman uses little liquid due to the lack of time or desire. And yet, in order to look good, it is necessary to drink daily not less than a liter of water (green tea, fruit drinks, etc.) Bruising under the eyes can indicate problems with health. The most common of them is anemia. Because of the paleness of the skin blood vessels located close to a century, become more visible. This is the reason for the appearance of blue under the eyes. Deal with it in this case you can use a full supply. Enrich your diet with iron-containing foods (beef, buckwheat, apples), get more on the street.Dark circles under the eyes can also be the first symptom of heart disease. They appear long before the emergence of other problems. Check your health from a qualified specialist. Timely diagnosis and treatment will not only save you from bruises under the eyes, but also protect you from dangerous complications.Whatever the cause of dark circles under eyescan improve their appearance with the help of simple tools. The mask of low-fat cottage cheese wrapped in gauze, and compress the wet tea bags applied to the eyelids, will help improve the skin's elasticity and make it less noticeable, even the most vivid bruises.
Is the advice useful?
See also
Подписывайтесь на наш канал