How to grow a trunk

Standard forms of ornamental shrubs, looking like a graceful medium-sized tree with a straight thin trunk and lush foliage, are frequently used by landscape designers for decorating gardens. On trunks grow roses, some species of willow, some plants and berry bushes. Standard form is created by grafting or the formation of own-rooted plants after pruning. 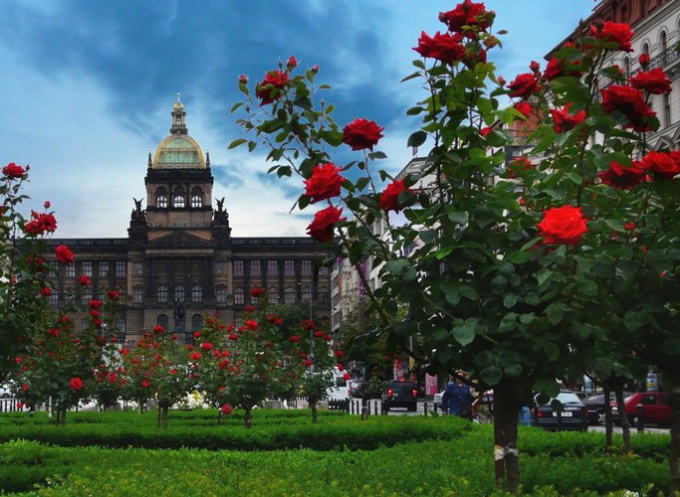 Related articles:
You will need
Instruction
1
Rootstock for standard roses can be grown from frost rosehip with a strong root system. Dog rose can be grown from seed or dig a well-developed one-year seedling of hedges. The seedlings are planted at a distance of thirty inches between plants. For two years in the future, rootstock should not be trimmed.
2
In the spring of the third year, the rose hips should be cut off, removing all of unbranched shoots. Straight shoots that grow in summer, leave the two strongest. In August, the tips of the shoots should be pinched.
3
When growing rootstocks in the conditions of the nursery next spring briar planted on okulirovannyh area. In the garden you can move grown stock in a permanent place. When the plants leave only one direct escape, the rest of the growth is completely cut out. You should remove damaged roots and prune the longest.
4
Before planting, dip roots of plants in a mixture of clay and water, which added to the tablet of the IAA. Plant a rose so that the root collar was closed with earth. The soil around the plant must be sealed.
5
During the summer, remove all shoots that appear below the place where will be formed the crown. For crown Express about five shoots. The shoots that appear on the trunk are best removed while they are green. At the end of July or the beginning of August for grown trunk can be grafted kidneys varietal roses.
6
To obtain own-rooted standard forms use the rooted cuttings of cultivated plants. In this way it is possible to form red currants or gooseberries. For rooting, cut the stalks with five buds and plant in the ground so that above ground there was only one kidney. This should be done in July.
7
If you are going to grow standard gooseberry, select the branch for rooting and press it to the ground pin. After the appearance of roots, the branch can be separated from the Bush and planted in the ground.
8
The following spring the buds rooted cuttings will start to sprout. For the formation of the trunk, leave one escape, the others remove as they appear. Remove the weeds around the stalk. Once a month the plant should be fed a solution of fertilizer. In early summer, the use of nitrogen fertilizer in late – potassium and phosphorus.
9
A year later, the escape currant cut at a height of about eighty centimeters. Leave the top four buds that formed a crown, the rest of the kidneys remove. Shoots that grow from the remaining buds in a year can be cut, leaving four buds on each.
Is the advice useful?
See also
Подписывайтесь на наш канал