How to grow a blue rose

For many years growers tried to breed blue roses, and in the process surveys were received even black flowers. The solution to this problem was found only in the late twentieth century. 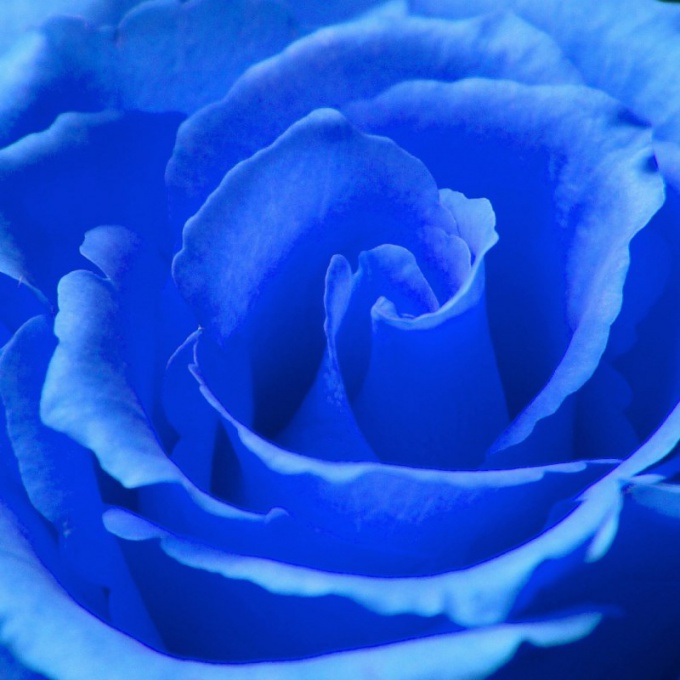 In the early twentieth century in Germany were withdrawn violet roses, the color was far from deep blue, to the same bloom they are very reluctant and rarely, so the popularity of these flowers has won. After years of fruitless attempts to bring the best florist blue roses, they have become a symbol of impossible dreams, becoming a synonym of impossibility.

Flower market waiting for a blue rose for a very long time, so some manufacturers decided to deal with this problem mechanically, and began to paint the white roses blue.

By the end of the twentieth century have the opportunity to explore the flowers and plants at the genetic level, it is possible to establish the cause of failure in breeding blue roses. Studies have shown that absolutely all types of roses is missing the pigment delphinidin, which is responsible for the blue color.

For the separation of a blue gene from pansies began in 1990, fourteen years for the researchers to correctly implement it in the genes of the rose. The first blue rose, named Suntory Blue Rose Applause in honor of the Japanese company which sponsored research and development. In 2008 this rose entered the free market after the approval of the Committee on the protection of the environment.

How to paint a rose flower in blue colour?

As bred blue roses hard to find in small flower shops, and they are quite expensive, you can use a simple way, which many producers used back in the mid-twentieth century. This method is very simple, takes about twelve hours to days.

You will need white rose and ink. With roses it is advisable to remove all the leaves, otherwise they will turn blue, then slow staining of the Bud. In a small jar, pour about half a Cup of pure water at room temperature, add ink. Stir the resulting solution, it needs to be about the darker tone of the desired color of roses. Cut the stalk diagonally into inch of that water is better absorbed. Set the rose in the colored water for twelve to fifteen hours. The stem should be submerged about three centimeters. Regularly check the progress of staining, since it can absorb too much paint. When the flower is colored, place it in a vase with plain water.
Is the advice useful?
Подписывайтесь на наш канал