How to cook beef

Seemed that can be easier than cooking beef? Many Housewives believe that simply throw the meat in water and boil it until it becomes soft. However, cook the beef, however, like beef broth, you need to know. 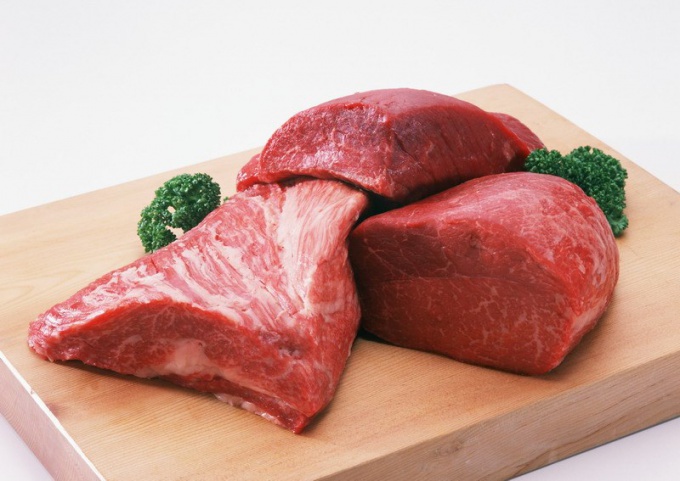 Related articles:
You will need
Instruction
1
There are two ways of cooking beef. If you want to get rich and flavorful broth, put the beef in cold water and place the pot over high heat. In this case the broth will move more soluble proteins, aromatic substances and mineral salts. If more important to you to cook the delicious meat, beef should be placed in boiling water. In both cases, the water should only slightly to cover the meat. Also allowed, to the meat was completely covered. In the first 15 minutes of the boil about a third of the liquid contained in the meat that goes into the broth. Therefore, the meat will still be smaller, and more broth.
2
After boiling, cover pot and reduce heat to low. This slow boiling will prevent the emulsification of fat from the broth may appear too greasy taste. Most Housewives used to remove formed in the first minutes of cooking the meat foam. However, do not do this. This foam is a protein used by that have fallen from the meat in the broth. So removing the foam reduces the nutritional properties of the broth. Don't worry, the foam will float in the finished broth. In the process of cooking it will disappear.
3
Cooking time for beef varies depending on age and fatness of the cow. The meat of a young animal is usually cooked for 40-60 minutes, old meat animal – 2-2. 5 hours. The willingness of the beef you can check with a fork. Pierce the meat at its thickest point. If the fork went into the meat without effort and from the place of puncture was not allocated a reddish juice, boiled beef is ready. Salt beef should be at the end of cooking – about 10 minutes before end of cooking. But if your main goal is a rich and flavorful broth, add salt at the beginning of cooking. After turning off the fire, do not remove the lid of the saucepan, give the meat about 10 minutes to infuse.
Useful advice
Cooked meat and beef broth will be more delicious if after the disappearance of foam you put in the water the peeled vegetables (onions, carrots, celery, potatoes) and seasonings (black pepper, Bay leaf). Vegetables it is better to not lay the pieces, as a whole.
Is the advice useful?
See also
Подписывайтесь на наш канал