What is a polar night 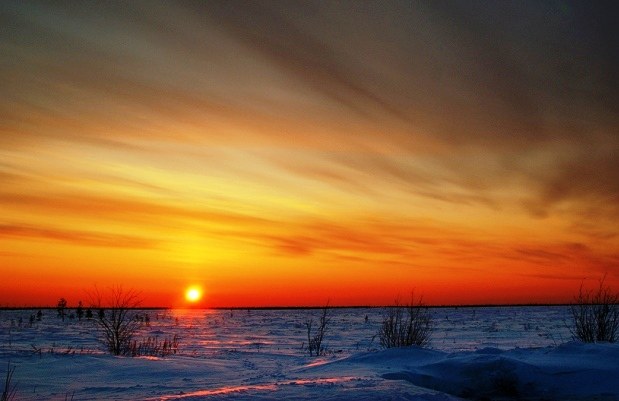 Polar night is a period when more than a day the Sun comes over the horizon. At latitude 66°33' has the short polar night – it lasts for one day. At the pole the polar night is the longest, its length is six months. Scientists explain that the polar night is a phenomenon which occurs because the Earth tilts to the plane of the Ecliptic. The angle of approximately 23,5 degrees.

Thus, during polar night the people do not see the Sun in the sky. Even when the clock noon on the street and barely lighter, it's not sunlight, but only the reflections. It should be noted that the polar night is not only in Northern but in the southern hemisphere of the globe. Only the time difference between these events in the North and South is six months.

I must say, not all people have the polar night is a delight. Many residents of Northern cities are awaiting it with excitement, because in this period begin to worsen their ills: such as "jumps" pressure, cardiovascular disease and some other diseases. This is easy to explain: the body is quite difficult to adapt to the conditions when there is no sunlight for a long time. In the polar night doctors recommend all people to rest more, to not overdo it, a lot of time outdoors, be sure to get enough sleep and eat right.

Scientists say that there are several kinds of polar night. Thus, the civil polar night is observed in many cities lying within the Arctic circle. The sun certainly doesn't rise, however, at noon the visibility is still improving. Navigation of the polar night occurs in the Northern districts – from 72° 33' to 78° 33', it's city Dixon, Svalbard and several others.

Astronomical polar night is in the area of latitudes from 78° 33' and 84° 33', here recorded astronomical twilight. And here is the complete polar night falls on latitude 84° 33' to the North and South poles. Here for a long time, you can watch some of the galaxy – and such observations become very valuable to astronomers.