How to cook corn that was soft

Corn is a very tasty and healthy product for adults and children. It should be consumed at any time of the year, and the doctors recommend it to people who are ill with various diseases (diabetes, obesity, etc.). But not all know how to cook corn to make it soft and did not lose useful properties. 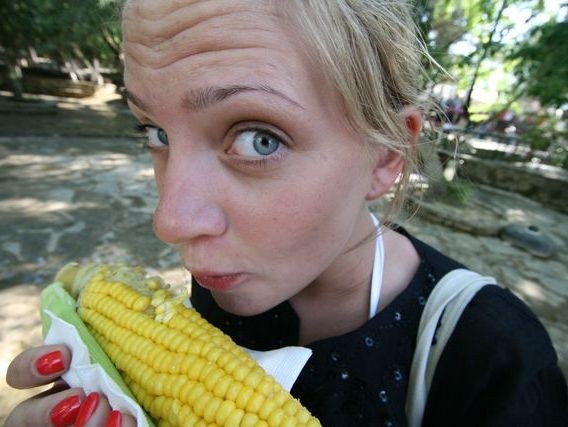 Related articles:
You will need
Instruction
1
Prepare corn for cooking. Clean from leaves and fibers of the cob and place in a saucepan. But some prefer to cook the corn inthe place of leaves, as they retain the taste and aroma of the product. If you're one of them, then clean the cobs from unwanted "impurities", but the leaves and the "antennae" put to cook separately (in the same pot).
2
Select for cooking dishes with thick walls, and it was wide and deep, so that the fruit is not broke. Down the crockery, put the plates and on top of them and carefully cleaned cobs. Also, the leaves are place on the sides of the tank (so that the corn is not touching the walls), and put "mustache" to give the ears a sweeter taste and aroma.

If you have a pressure cooker, the cooking process is significantly faster and will make the waiting less tedious.
3
Pour the corn with cold water to cover it all. Tightly cover the pan with a lid. Put on the fire, and after boiling, reduce it to medium or small size. Usually corn is cooked for about 40 minutes, however, there are some varieties that have to cook for up to 3-4 hours.

When you cook, check the ears for softness (ready) and make sure that the water always covers them. And even at low fire, the water should boil.
4
Salting the corn is not necessary, especially if you cook a dessert cultivar. Due to the presence of salts on the cob at the end is not very tasty and juicy.

Constantly watch the cooking process of the product. Try to test the hardness of the grains, using a fork, and if they become soft, you can finish the cooking. Next, remove the cobs from the tank in which cooked, drain the corn with the remaining water and clean it from the leaves (if cooked whole). RUB with salt, if desired butter and eat another hot Queen of the fields.
5
If you wanted to eat corn, and in the court for this season, then buy in the store is frozen on the cob.
Drop corn into boiling water and cook until until it becomes soft. After re-boiling water on the cob cook for another 25 minutes, then remove, oil and salt (or other spices) and serve.
Note
To store cooked corn in the refrigerator for two days.
Is the advice useful?
See also
Подписывайтесь на наш канал