How to make papier-mache

Many of us in the childhood was fond of this wonderful form of decorative art. In addition to the obvious benefits, bringing a child to the manufacture of various items in the technique of papier mache (the development of fine motor skills, artistic taste and spatial imagination, a fascination with this art allows you to complement the design of the house or apartment unusual and original pieces. 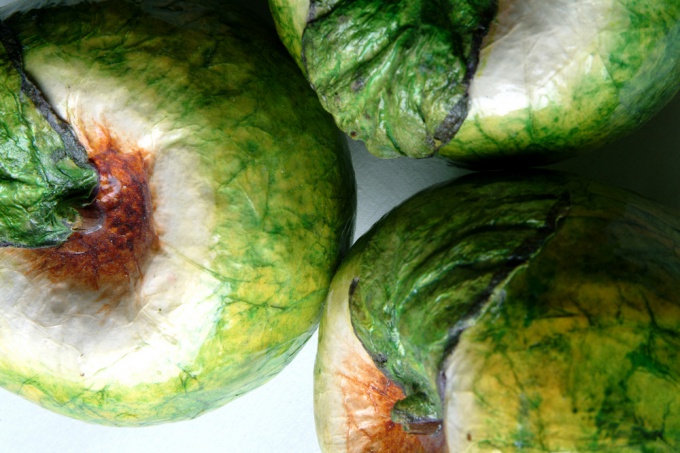 Try to make a papier-mache together with the child, taking as a form of Apple.
You will need the following materials and tools:
- form — small Apple, possibly more correct form;
- flour and water for making paste;
- capacity for cooking paste (metal bowl);
- old Newspapers;
white paper for the top layer of the product;
- scissors;
sharp paper knife or blade;
- colors.
transparent Polish for furniture;
- a set of brushes.

To make papier-mache quickly and accurately, follow the following sequence of actions.

The main technical part of the job is finished. As you can see, make papier-mâché turned out to be not so difficult.

Remains the most creative phase. Turn on your imagination and artistic imagination either take a sample in front of you as a real Apple and paint the layout with gouache or acrylic paints. Allow the paint to dry thoroughly and apply a coat of clear lacquer. Now it only remains to attach the stalk (from a real Apple, previously well dried) and Apple papier-mache finish.