Methods of dealing with resistant weeds

Leading position in the ranking of the most Intrusive weeds that impede cultivation of the land, is the sow Thistle. 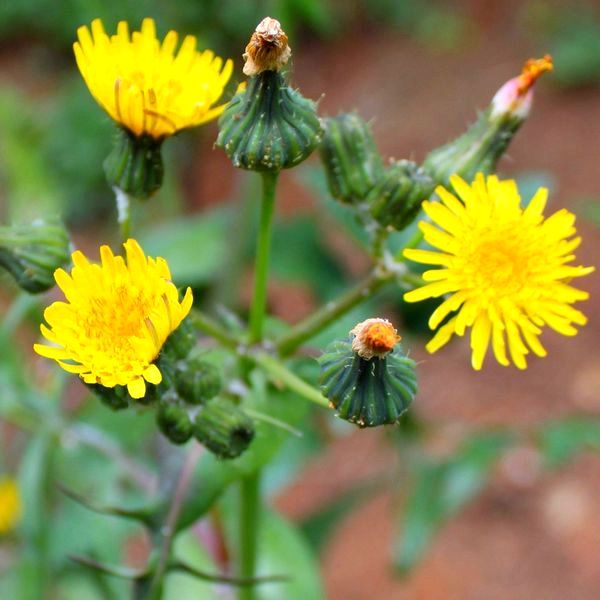 Sow Thistle has a strong corny, the length of which can reach 17 cm, and a pointed stem. This plant is able to plant a garden just for the season, so with him it is premature to begin to fight. How to do it?

Of course, first comes to mind is a simple weeding. It is, indeed, the most simple, and at the same time effective method of dealing with the weed. But it requires physical effort to pull the stems, to cut, dig), which is exhausting, especially if you do it in the heat. Pedantry – as an essential attribute of this method because the weed can grow from small root which can be easily overlooked. To facilitate the work, in some places that are not conspicuous, not weed, but just to cut the weed. This, over time, exhaust him, and he necrotic.

Modern advances in technology make it possible to suppress weeds through chemical means. For example, to combat osoroi suitable roundup. With him as with any other tool, you should be careful to avoid contact with cultivated plants, it may ruin them.

It has long been realized yet another way of controlling weeds, suitable, in particular, to combat ostoy. He is mulching the soil. This soil cover, wooden sawdust, straw or with a special fabric that allow the weed to germinate.

No less pernicious weed is goutweed. Goutweed is an absolute disaster for farmers. This weed has a long and tenacious roots, which quickly expands over the area of the garden. To use the classic weeding against this weed does not make sense, because the roots of the destroyer penetrate several tens of centimeters into the soil, and the shoots appear from tiny pieces of root. What should I do?

To do the deep digging of the earth, choosing the roots of the weed. To avoid “simposia” we need to cut the grass and the flowers of this root. Roundup that can help in the fight against ostoy, as well to consume the ground.

You can use folk remedies have long been used in the fight against the invaders of gardens. Until the spring of next year to cover weed black robe, linoleum or cardboard, which would entail the death of the pest, as in the absence of sunlight plants die.