Among the variety of baths is one of the most popular Turkish bath, or Hamam. A Turkish bath is the symbol of Eastern culture and traditions, since since ancient times, the Hammam was perceived not as a place for the procedures of cleaning the body, and as a place for relaxation, the opportunity to find peace and tranquility. However, the first Turkish baths were built on the model of the Roman baths. 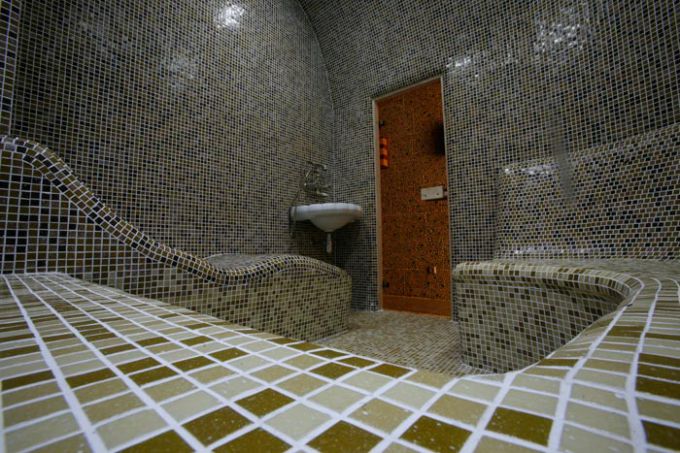 The temperature in them is much lower than in the famous Russian baths, it comes to fifty degrees maximum. Therefore, the use of the Turkish baths recommended even to those who are unable for medical reasons to attend a regular sauna or bath because of the impossibility of transferring high temperatures. In this case, all the beneficial properties of baths in the Hammam saved. In particular, Hamam fruitful influence on the problems of the cardiovascular system.

The Hammam plays an important role in the life of Turkish women. It's kind of a holiday. On the day of visiting bath a woman can leave the house without her husband. Going to the sauna is an excuse to wear expensive clothes and jewelry and enough to communicate with friends. Women's and men's baths always built next to and had a common heating system. But the interior does not have common rooms, and have separate entrances.

Among the many healing results of a visit to the Hamam: the disappearance of sleep problems last migraine, skin health and overall relaxation of the body. Private Hamam difference from the Russian bath or Finnish sauna is a construction and finishing materials.

A Turkish bath is built not of wood and stone and decorated with either ceramic tiles or mosaics. As well as the ceiling in the bath should not be smooth, as is customary in the Russian baths and Finnish saunas, and in the form of a dome. This solution involves not so much a feature of the interior, as practical necessity, in this the ceiling drops rising to the top of a couple of drips on the heads of visitors.

Turkish baths eventually moved to Europe, beginning in Germany and England. Hamam was recommended in both adults and children, and the elderly, as the Turkish bath has a very mild impact and safe for more people, than Russian bath or Finnish sauna.