In the month of August last year, the developers of the incredibly popular currently game Avataria created a new system of punishment for dishonest players. Prior to this innovation in the following order only the moderators, but now this responsibility rests on the shoulders of the Guardians. 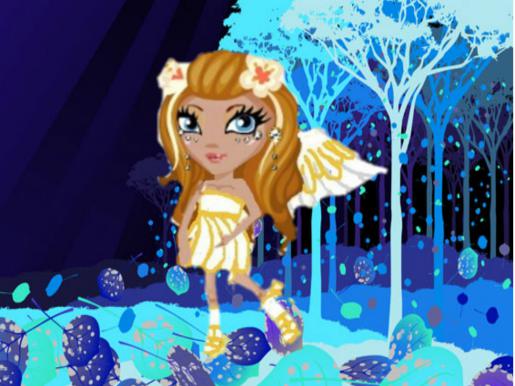 The first thing to remember is for everyone to be in the game Avataria the Guardian is that to obtain this status can only be a player who is level 15. If you are on a lower level, then this opportunity you are missing. Once you start to play the game, you are an ordinary resident, as your reputation does not exceed 25 points, but if you will keep order and to complain about certain players, you will be able to go through all eight steps of the game to your desired status of "Guardian".

To quickly gain reputation, you should daily send complaints about spam, flood, swearing players and so on. Important: complaints should be sent to the message written in the General chat. Don't ignore and insult the players, their offer for the gold you give them your phone number or any other information. Against the message, written in large letters in the chat, and will add you to the reputation the three points. Pay attention to the nicknames, and if you notice a violation of the rules (for example, nick contains a bad word) - to submit a complaint. To do this, open the passport of the player and left mouse click on the red flag next to the name.

Remember, complaints can be submitted if the player generates an event that violates the rules of the game. To find spam, flooding and other things need to be approached with the utmost seriousness, in any case, do not send complaints if you are not sure that the rules violated, because of unfounded complaints reputation decrease, and for every four points. The same subtract one day bezdeystvuete. It is not to cheat the reputation, as in the elucidation of this fact you just "banned".

It may seem that to gain reputation, but it is not. To become a Guardian, you must have the reputation of not lower than 550 points. But to reach it you need to go through the following stages:

Resident (reputation to 25), at this stage there are no bonuses and limitations.

The observer (reputation strictly from 25 to 65), at this stage, the first promotion is the probability of game resources is increased by as much as 20%.

Assistant (reputation from 65 to 110), to the previous next added bonus, if you purchase vip status the number of days is incremented by one. For example, you buy the status for five days, but in the end it will be six.

The guardian (your reputation must be from 110 to 190). At this stage a bonus - good luck in each mini game "Wheel of fortune".

Citizen. As soon as your reputation reaches 190, you will automatically receive this status, and to it a bonus in the form of a 5% discount in shops Avataria.

Activist. Go to the stage you can once your reputation is "step over" the mark of 270 points. You will also receive the bonus "Top active players".

Sentinel is the next step which you need to pass in order to become a Guardian. You get close to the goal in the level, as soon will be passed the milestone of 460 points. At this stage you will have the possibility to create events with the stars.

Guardian - the last step which you should overcome to the Keeper (bonus stage - unlimited number of shifts Nika). Once the reputation is above 550, then your goal will be achieved and you will be able to settle for the long-awaited status.