Why is there no ovaries 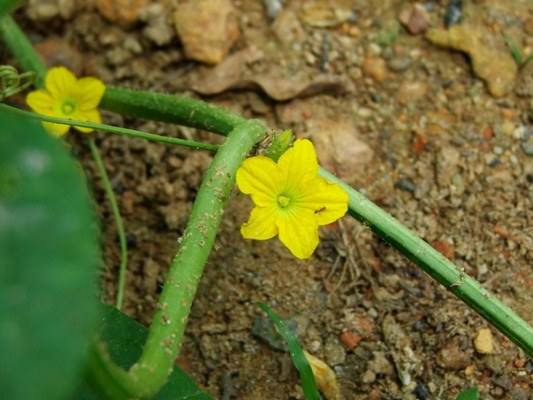 If your cucumber patches no ovaries, keep in mind that the delay of the appearance of female flowers may lie as seed. If you sow fresh seeds, the first formed male flowers and then female. Use for sowing the seeds 2-3 years ago. While both female and male flowers will be formed at the same time.

Another cause of infertility in cucumbers is imbalance of power. For example, the presence in the soil excessive amounts of nitrogen fertilizers, which causes rapid growth of leaves, vines and barren flowers.

The third reason for the lack of female flowers - watering cold water below 25°C. should Not be allowed, that the water was colder than the soil.

Another factor in the emergence of "pustovetov cucumber abundance" – too much moisture in the soil. Dry the cucumber on her bed for several days. As soon as a little podvinut the leaves immediately and there will be many female flowers. Try not to overdry soil.

Presidnete the top of the main stem of plants. It will stop their growth in length and cause emergence of lateral shoots, female flowers.

Problems with the ovary on tomatoes can occur if too high a temperature and not enough moisture. One of the reasons may be a lack of phosphorus and cobalt in the soil. Use special drugs to increase the number of ovaries, which are sold in specialized stores. Tomatoes don't like overly fertilized soil - all growth goes to the tops.

If the ovary is not formed on the cabbage seedlings might have suffered freezing temperatures or were planted too early. Can be an adverse influence of heat, low humidity. Try drugs a Germ, cabbage or Amberin" – used for plants in stressful situations. Choose varieties of Dutch selection, they have problems with the formation of the ovary is not observed.