How to program Arduino Pro Mini using the programmer

In the life of a novice againsta sooner or later there comes a time when you want to save on the amount of their products, without sacrificing functionality. And then the Arduino Pro Mini is a great solution! This fee is due to the fact that it does not have a built-in USB connector and a half times less Arduini Nano. But in order for her to program, you will have to purchase additional - external - USB-programmer. How "pour" is written in the program memory of the microcontroller and make the Arduino Pro Mini to work, and will be discussed in this article. 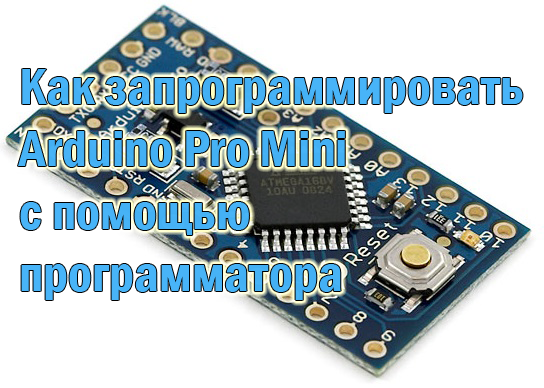 Related articles:
You will need
Instruction
1
First, a few words about the programmer. You can buy one for $ 2 in any Chinese online store.
Connector type USB-A is used, of course, to connect the programmer to the computer.
The ISP connector is needed to connect to the programmable circuit Board.
The jumper JP1 controls the voltage at the output VCC ISP connector. It can be 3.3 V or 5 V. If the target programmable device has its own power supply, you need to remove the jumper.
Jumper JP2 is used for updating the firmware of the programmer; this article is not considered.
Jumper JP3 is needed if the clock frequency of the target device below 1.5 MHz.
Two LEDs indicate: G - power is supplied to the programmer, R programmer connected to the target device. 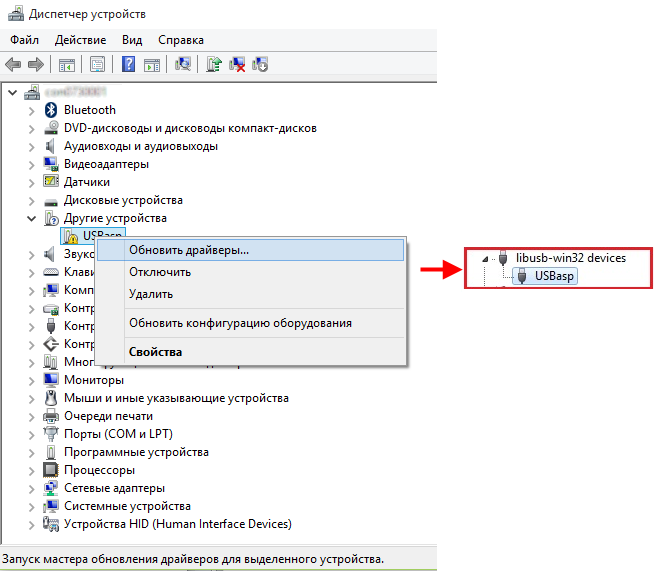 3
Next you need to connect the charge Arduino Pro Mini with the programmer. The scheme shows how to do it. 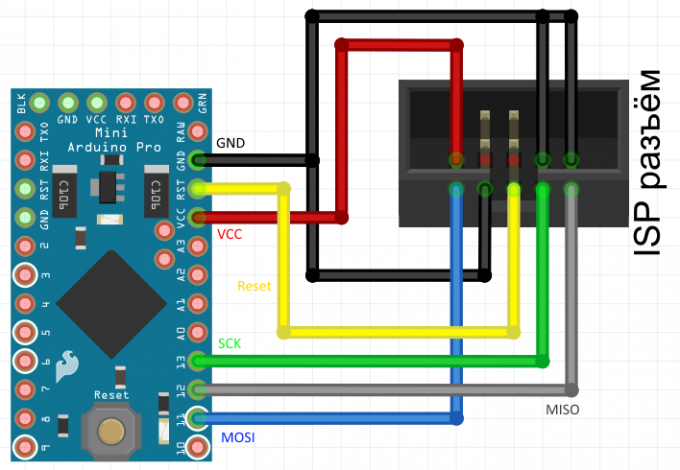 4
We use development Board and connecting wires - it will be fast and reliable. Connect the connector of the programmer with insights on the Arduino Pro Mini as described above. 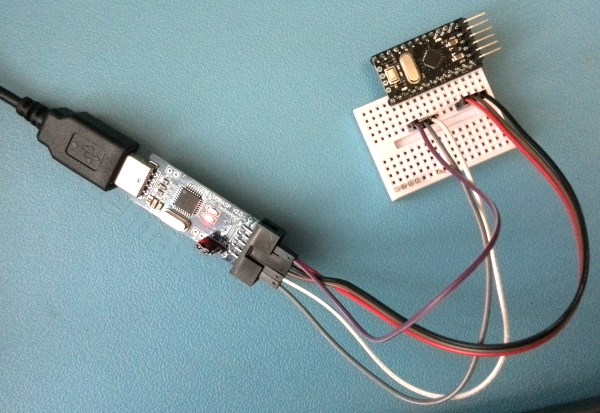 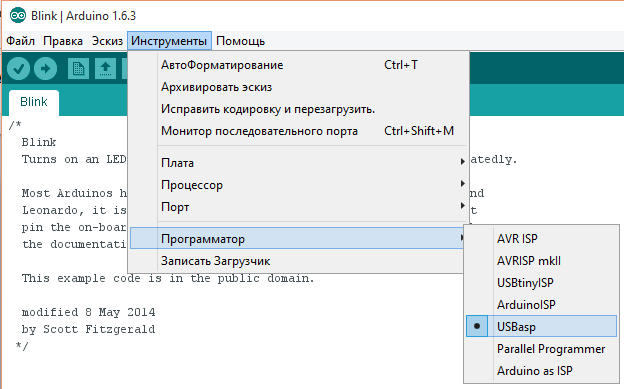 7
Open the sketch you want to load into memory of the microcontroller. For example, let it be the flashing led on: File -> Examples -> 01. Basics -> Blink.
Connect the programmer connected to Arduino Pro Mini to the computer.
Now, in order to load a sketch to Arduino using the programmer, you can proceed in several ways.
1) Through the menu File -> Upload using programmer;
2) using Ctrl + Shift + U;
3) hold down the Shift key, press the right arrow button, which is normally used to download the sketch in the Arduino memory in a standard way.
All, the program is "flooded" in memory of the microcontroller. 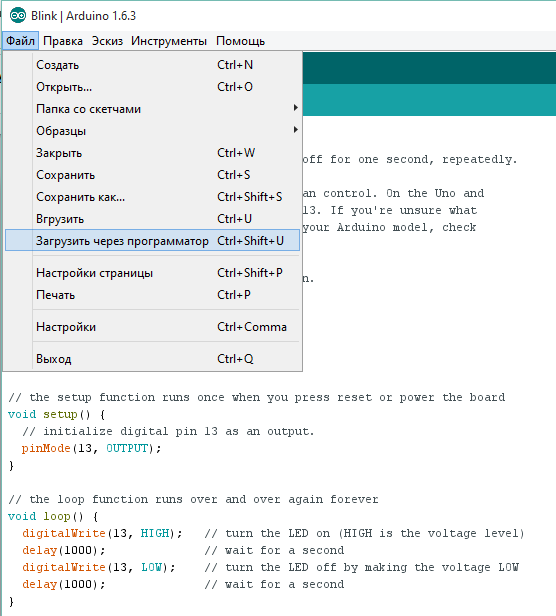 Note
Maybe the IDE will give you a warning: "warning: cannot set sck period. please check for usbasp firmware update." Don't panic, the sketch is still recorded in the memory of the microcontroller and it will work.
Is the advice useful?
See also
Присоединяйтесь к нам
New advices