Who wrote "the tower": the authors of the most popular versions of the tale

Folk tale about the mansion that has become home to many animals and the destruction of the bear, literary processed many Russian writers. The plot and characters of tales by different authors "Teremok" is a little different. Who wrote "the tower" and what are the special features of different versions of this tale? 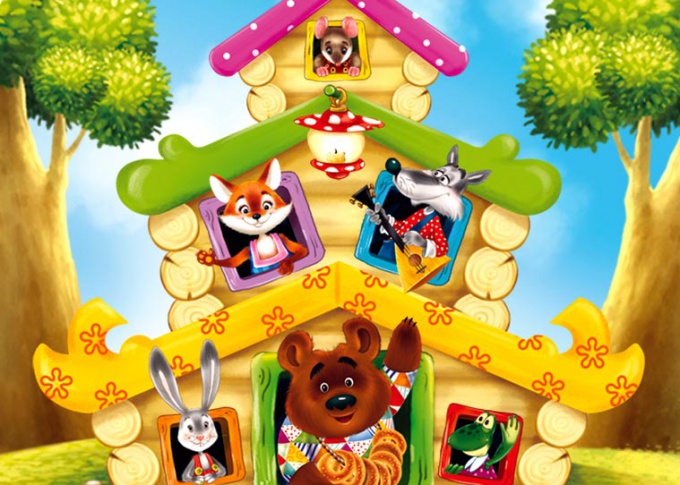 Teremok Mikhail Bulatov: one of the most popular versions of the tale

One of the most popular variants of the fairy tale "Teremok" – the literary treatment of folk story writer and folklorist Mikhail Bulatov, specializing in the folklore of the peoples of the USSR.

"Standing in the field Teremok. It is not low, not high" – with these words begins "the mansion" in the retelling Bulatov. In the house the first settled mouse-norushka, and then join the frog-wah and Bunny-pobegaychik. Then they invite to live also the Fox-sister and the last tenant of the house becomes a top-gray flank. Invited the animals to yourself and the bear a bear, but he could not fit in the house and tried to climb on the roof and in the end crushed Teremok. But no one was hurt, all the inhabitants of fairytale cottage remained intact, and in the end, in the final tales built his new house – better than before. It is unknown, however, participation in the construction of the bear - this story is silent.

Aleksey Nikolayevich Tolstoy was seriously engaged in preparation for printing of compilations of Russian folk tales, and fairy tale "Teremok" under his editorship can be seen quite often.

In the embodiment of Tolstoy as the tower stands a man lost a clay pot, and its residents become the first insects: fly-garucha and the mosquito squeak. Then in chamber settled small animals – mouse-ogrisha and the frog-wah. Then saunak-legged, on the hill gallop; Lisa – when you talk beauty, and finally – the wolf-the wolf – the Bush Hatis. The latter, as usual, comes to bear, sits on the potty and pushing it, having scared away all the inhabitants of the house. And in this version of the tale the bear destroys the tower-not accidentally, but deliberately, declaring that he was "all pregnacys".

By the way, a version of Tolstoy with a device for housing the pot, very close to many national variants of the tale, where the role of the house may be lost utensils, and gloves, and even animal skulls.

The author of the "Tower" with a happy ending: Vladimir Suteev

The famous children's writer and Illustrator Vladimir Suteev was also not passed "Teremok". His own edition of the famous fairy tales accompanied by the author, a vivid and memorable illustrations. 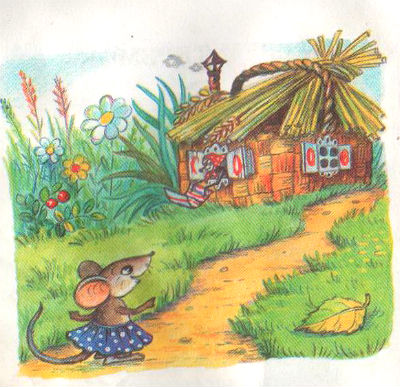 "Teremok", authored by Vladimir Suteev, begins with a Fly-Goroha flew through the woods, sat down to rest and suddenly saw in the grass the house – and dwelt therein. Behind her followed a Mouse-norushka, Frog-Wah, then – Cockerel-Golden Comb and finally Bunny-Pobegaychik. All the animals asked permission to live in attics – and all gladly invited to join a friendly company of tenants. But the Bear, which begged the house to hide from the rain – refused, is too large. Then the frozen Bear decided to warm up on the warm roof of the pipe house and crushed Teremok. But the Bear was polite – apologized. The animals forgave him, but on the condition that he would help to rebuild the house. And together they built a new house, where he placed six of us, but still there is a place for guests.

All versions of "Teremok" this is probably the most kind and friendly, no wonder she is so loved by both children and adults.

The tower in the hollow: the story of Vitaly Bianki

One of the most original author's versions of the fairy tale "Teremok" written by writer Vitaly Bianki. In the children's books he revealed to young readers the mysteries of nature, and his version of the famous tale much closer to real life in the forest, where the wolf and the hare are unlikely to live peacefully together.

In this extraordinary "Tower", the author took the role of house the hollow of an old oak tree. Its first tenant becomes the woodpecker – he hollowed the hole, made a nest, put the Chicks, then flew away for the winter. About empty hollow out a Starling and took the empty house, began to live in it. It's been a couple years, oak crumbled, the hole became big – and then flew to the predatory owl, and drove the Starling. Then the owl chased a squirrel, the squirrel, the marten, and that in turn "pushed" from the tree a swarm of bees, and the old oak crumble, the hole was enlarged... And finally a bear came and broke the rotten wood.