Who wrote the tale "the Bremen town musicians"

The Bremen town musicians is one of the most famous fairy tales not only in Russia but throughout the world. In Russia, this story became especially popular by the animated film adaptation. Wrote a fairy tale the brothers Grimm – the world famous authors of children's books that have other achievements. 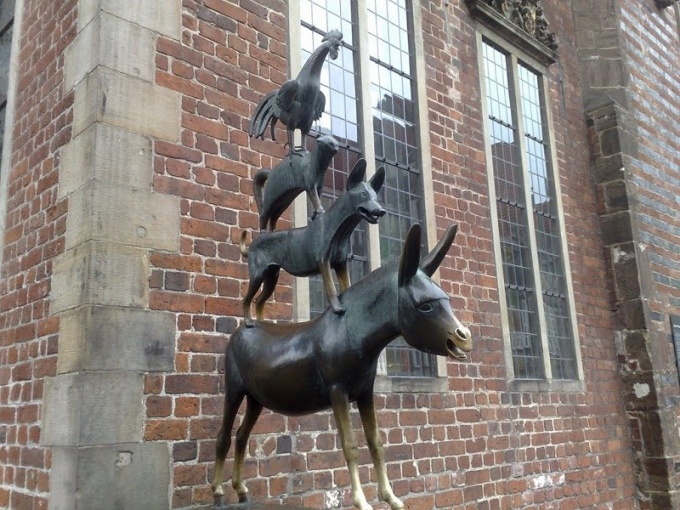 Related articles:
Instruction
1
The brothers Grimm are Jacob and Wilhelm Grimm who lived in Germany in the 18th and 19th centuries. Jacob Grimm was born on 4 January 1785, and lived until September 20, 1863. Wilhelm Grimm was born February 24, 1786, and died 16 Dec 1859. The birthplace of the brothers Grimm established as the town of Hanau, but then they moved to Kassel and lived there for a long time.
2
The brothers were almost the same age. The same age, from childhood they were very close. Jacob and Wilhelm was keenly interested in folklore and linguistics, they collected tales from all over the country. Among the most famous of their stories have treated folk tales, but most of what was written by the brothers – their own compositions, including the story of the Bremen town musicians.
3
As soon as Jacob and Wilhelm accumulated quite a few stories, they published a collection, each time calling it "tales of the brothers Grimm." It was under this name collections of their tales were published and now, the name books are all over the world. The brothers were interested not only in fairy tales, but also linguistics. Together with two other large German philologists of his time, they were the founders of Germanic Philology and German language.
4
Closer to his advanced age Jacob and Wilhelm started compiling a German dictionary: at that time nothing like this has nobody in Germany did. The brothers worked on the dictionary until his death. Wilhelm managed to finish the letter D, and Jacob who lived more than him for 4 years, finished some more letters. He worked until his death, which overtook him setting at his Desk and describing the word Frucht, which means fruit.
5
The contribution of the brothers Grimm in the development of German Philology so significant that they decided to portray on the banknote 1000 marks, which existed in Germany in the past. And in honor of the heroine of the fairy tale "the fisherman and his wife" by the name of Ilsebill, was in 1919, named an asteroid.
6
The fairy tale "the Bremen town musicians" tells the story of animals which in the course of the adventure found a home. The main characters – some animals, which hurt and drove them past the hosts. Is a donkey, a dog, a rooster and a cat. They decided to try their luck in Bremen, hoping to become musicians there. But the road was long, and they stopped for the night in the woods. The company of animals stumbles upon a house of robbers. The animals climbed on each other, and each performed his music. Donkey roared, the dog barked, the cat mewed, and the cock began to crow. Robbers were taken aback by such howling and fled in terror.
7
A little later, the robbers sent his scout to check what kind of terrible gang kicked them out of the beloved house. But the animals together to attack a representative of the gang, and he says that the house captured the terrible bandits. The robbers left attempts to return to his house, and do the town musicians of Bremen at the end of the tale never came to Bremen, but successfully staged his life.
Is the advice useful?
Присоединяйтесь к нам
New advices