In any fairy tale there are boots of speed

Every nation has tales, which are magical objects. In Russian folk tales there are household items and clothing. which make its wearer invulnerable, and give him endless possibilities to make great things. 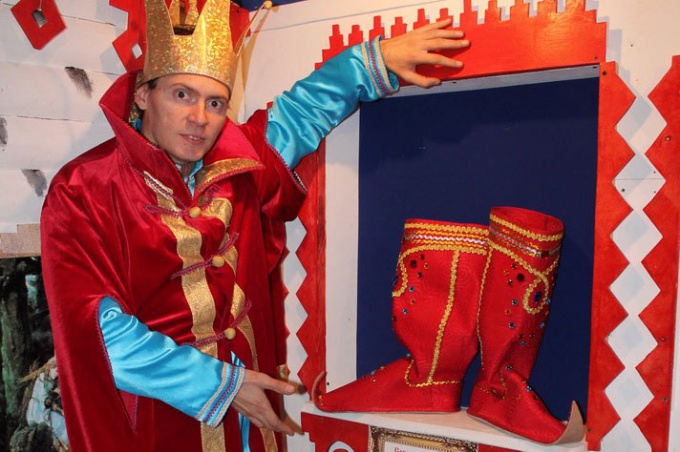 Related articles:
Seven-League boots, a cap of invisibility, a magic tablecloth, a magic carpet, a magic wand, all these things are the main attribute of fairy tales. With the help of magic items heroes tales cope with difficulties, insuperable in the usual way.

Where did the idea of fast movement

Shoes, which can be used to travel long distances, is mentioned repeatedly in many European and Russian fairy tales. It is clear that analogues of such kind of shoes in the nature does not exist and does not exist so far.

For the first time about shoes, which you could move, mentioned in ancient Greek myths. God of Commerce Hermes, who also was obliged to carry lead, had special sandals with wings, which allowed him to travel great distances in a moment.

Seven-League boots in the fairy tales

In Russian folk tales boots are referred to repeatedly.

"Prophetic dream". The main character – Ivan the merchant's son. Not an honest way took possession of it three main fabulous attributes – cap of invisibility, a flying carpet and seven-League boots, with which and made good.

"The enchanted Princess". The main character – a retired soldier fated to marry the king's daughter, who is temporarily in the way of a bear. To overcome obstacles fraudulently gets hold of the magic carpet, cap of invisibility, and seven-League boots. When making a fabulous Affairs the boots did not use.

"Tom thumb" - the author's tale of Charles Perrault. Boy-with-finger abducts seven-League boots (in some translations, boots) at the Ogre. The kid got the Royal service as a messenger and with fabulous attribute made a lot of money and helped the family to escape from poverty.

What fabulous shoes you can move in space

In the fairy tale "the Little MUK" Hauff fairy shoes move of the owner for any distance is a property that MUK used to achieve their goals.

Andersen uses the image in the fairy tale "the Galoshes of happiness," where is the magic shoes of the owner moves in time. As a chronic pessimist, Andersen does not see much use in the magical Shoe and the EA, after eating a magical galoshes, gets in trouble, which comes with large losses.