Why not open an umbrella at home

With umbrellas due to many prejudices. Why this accessory, the rescuer in inclement weather, became a symbol of bad luck and misfortune. What not to do with the umbrella and how it might affect the future. 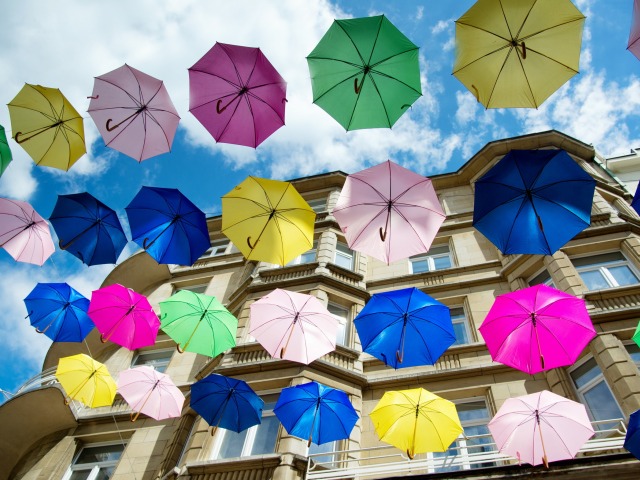 You can't open an umbrella inside

It remains a mystery: and how then it to dry? Or do you need to enter the stairwell and go upstairs with an open umbrella? It turns out that way. I once made the mistake and opened the wet umbrella and left it to dry in the hallway when they came to visit, for which he received a severe reprimand. It is believed that such actions, I have angered the Sun God. My objections that this is still a pagan, came the reply: "All right, but just in case, better not to piss off a higher power".

The cause of this prejudice

It turns out that this belief is not one hundred years. It is believed that the umbrella was invented in Egypt or China (not exactly known). In Europe, this accessory was only in the XIV century. Until 1750, the umbrellas were used only for protection from sunlight. Resourceful Europeans began to hide under umbrellas from the rain much later. By the way, in the East the umbrella was the symbol of power and indicated the high status of its owner in society. During the ceremonies the rulers of China was under 13th umbrellas, embroidered with gold. They symbolized the Sun and the twelve zodiacal constellations surrounding it.

In Europe, however, the subject somehow have to bring a negative meaning.

To open an umbrella indoors otherwise you can very easily get himself in trouble. Besides the fact that such actions can anger the Sun God, is considered to be performing such manipulations, it is possible to fall out of favor with the spirits that protect the house. In other words, the open umbrella in the House building works on the nerves.

Other superstitions associated with umbrellas

The umbrella thing is ancient, so it is also linked to many other, sometimes very strange and bizarre take.

Find someone's umbrella is a bad omen. If you accidentally found someone's forgotten umbrella, do not rush to pick up. It is believed that along with the umbrella you take problems, diseases and troubles of the man who lost it.

Do not leave the umbrella on the bed. This rash act may deprive you of cash flow.

Drop the umbrella into trouble. If you accidentally dropped the umbrella, then ask someone else to pick it up. When the owner will raise the umbrella, it expect trouble on innocent people is not valid. If you were forced to raise the fallen umbrella, then upon returning home, be sure to check in the mirror to remove negative energy.

Umbrella can not give. It is believed that this gift foreshadows the hardships and problems. If you still want to get an umbrella, then ask for it a nominal fee. It would not be a gift, and purchase. Similarly, you can cheat fate when you decide to give someone other "unwanted" gifts, such as watches, knives or towels.