How to grow ginger at home

The climate of Russia does not quite fit this exotic plant of the ginger. However, in the home to grow it is possible. The main thing – to create favorable conditions for this heat-loving plant. 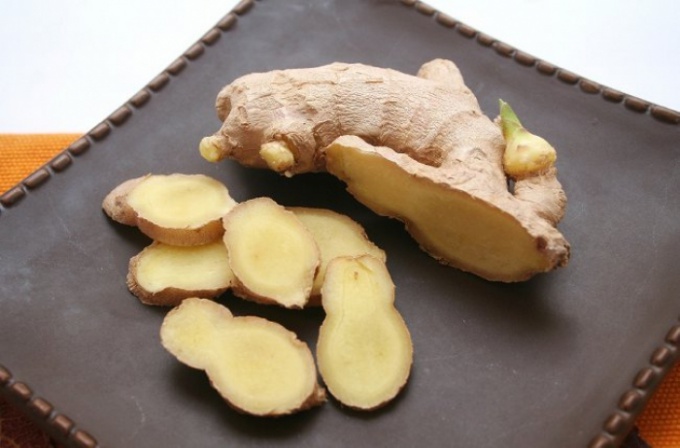 How to grow ginger

The period of vegetation of the ginger on the average can be 9-10 months. Root, best planted in late February or early March. To buy today you can root almost any supermarket or market. The main thing – to choose the right material for planting. The tuber should be firm and smooth to the touch. Also it is very important that the ginger had live buds, without it, grow it simply will not work.

Before you plant the root in soil, it is necessary to "Wake up". To make it simple enough: you have to dip the ginger in a weak solution of potassium permanganate (solution should be warm) and soak it for several hours. After that root should be put in a plastic bag and leave for a few days until the tubers will not appear to the eyes of potatoes.

Root with Neklinovskiy eyes should be divided into several parts. On every such part should be at least one developed kidney. Open space divided roots should be dusted with charcoal and dry. To plant recommended ginger in a shallow, but wide pots, the bottom of which is necessary to fill drainage from the gravel and sand. The soil should contain humus, sod of earth and sand. The humus and the earth need to take in equal amounts, but the sand should be less than half.

The root in the pot should be laid horizontally, so that the kidney was located at the top. After this, the ginger should be sprinkled with a layer of soil 2 cm Watering planted the root should be regularly and abundantly, in any case to prevent any drying of the soil in the pot.

The first sprouts can be seen already after 1-2 months. In the summer the pots can be put on the street, prikopa them in the ground and putting so that they did not get direct sunlight. With proper care and timely watering the height of the escape sometimes reaches 1 m. the Shoots of ginger die off in autumn, then the root has to dig carefully cleaned from the ground and storing it in a dry place. Part dug roots can be used to treat or cooking.

Ginger is an excellent remedy, stimulating the appetite, its use stimulates the metabolism. Ginger root is considered very useful in diseases of the gastrointestinal tract.

The use of ginger root helps to restore strength and relieve the dizziness.

Ginger is often used in cooking as a base for sauces that are served with the second dish. Also, you can add it to marinades for preparations for the winter.

In traditional Russian cuisine ginger is often used to prepare pastries and drinks such as kvass and sbiten. In Asian cooking ginger is served in a marinated, make the vinegar based on it and sugar.

Despite all the useful properties of this plant, it cannot be consumed colitis, ulcers, and during pregnancy.