How to plant chicory

Chicory is a common plant that can be found in the wild along the roads and in the fields. This plant has a rather pungent taste and peculiar smell the coffee. I'm sure many have tried a coffee drink from chicory, but not everyone knows that it can be easily grown in your garden plot. 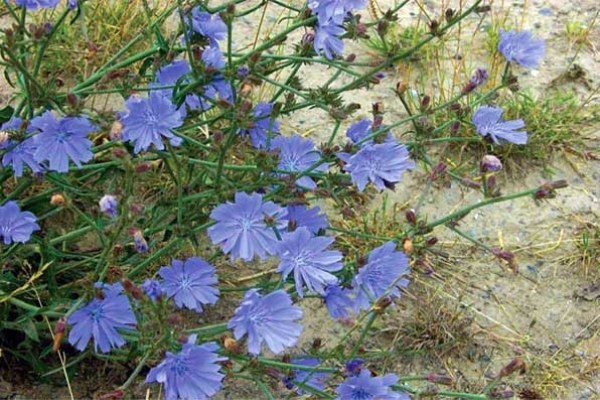 Related articles:
Instruction
1
Chicory root propagated by using seeds that need to sow in early spring or fall, immediately after harvest. It is not necessary to make organic fertilizer for planting chicory, visivite it better in such places where there were well-fertilised crops (pumpkin, potatoes, cabbage or beans). Best chicory grows in Sunny areas with loamy soil.
2
Chicory seeds should be planted in rows at a depth of 1.5-2 cm, distance between rows should be about 20 centimeters. If you keep sowing distance between seeds, it should be 3-5 inches with a subsequent thinning to 10-15 centimeters. Abundantly moisten the crops in the spring before the first shoots. After one to two weeks will begin to germinate the seeds. After 3-4 strong leaves, start thinning at a distance of 5-6 inches.
3
One of the main and primary care in the cultivation of chicory – weeding, which should be combined with loosening the soil between rows. This should be done as needed. Chicory is considered a highly drought resistant plant, therefore, does not require permanent irrigation. Practice this only in the case if a long time not been precipitation in the form of rain. By the end of the first year begin to form roots of chicory, which can weigh 300-500 grams.
4
By the end of October, carefully dig up the chicory and leave it for 5-6 days in the garden. Then trim the tops to 3 inches above the roots and scraping with his land, put in a dark and cool place, the temperature which must not be lower than 1-2 degrees (basement or cellar).
5
In early November, take the roots with a length of 12 inches and 2-3 inches in diameter. Dropped them off in boxes or pots filled with peat, humus and sawdust mixed in equal proportions. The neck of the rhizome should remain on the surface. Cover the boxes of dense matter and put in a dark place, while the temperature is 10-16 degrees.
Is the advice useful?
Подписывайтесь на наш канал