How to whip egg whites for meringue

Beaten egg whites are used to prepare various confectionery products – biscuits, soufflés, meringues and, of course, meringue. The quality of the foam depends on the quality of the product. Many wonder how to whisk the egg whites correctly and is the right approach, because not knowing some of the subtleties, you can spend time and products for nothing. 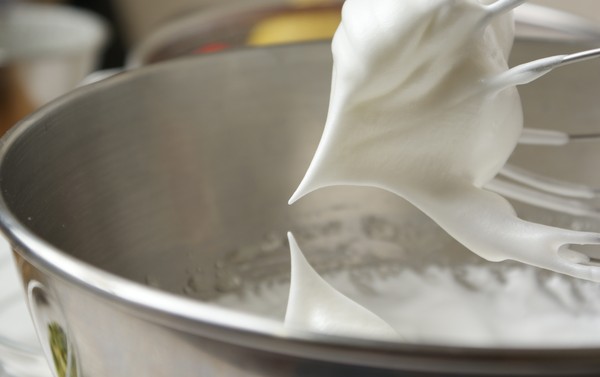 The first thing to do is to carefully separate the yolks from the whites. If the product will present a shred of the past, you are doomed to failure.

How to separate the whites from the yolks

Our grandmothers separated the whites from the yolks just gently breaking the shell with a knife or on the edge of the bowl, and then poured all the contents in a flat plate and hands removed the yolk.

Our contemporaries are modernized this process, it is significantly easier: the yolk can be easily extracted using a small plastic bottle just by holding it up to the yolk and a bit of squeezing. Then the yolk is sucked and just as easily transferred to another container.

If by hand was not a plastic bottle to separate the yolk from the white can be another simple way. From both ends of the eggs in the shell bore small holes through which is blown protein. The yolk remains in the shell.

You can separate the white from the yolk simply by separating the shell into 2 halves and pouring the contents back and forth over a bowl. While protein will drain into the bowl, and the yolk remains in the shell. 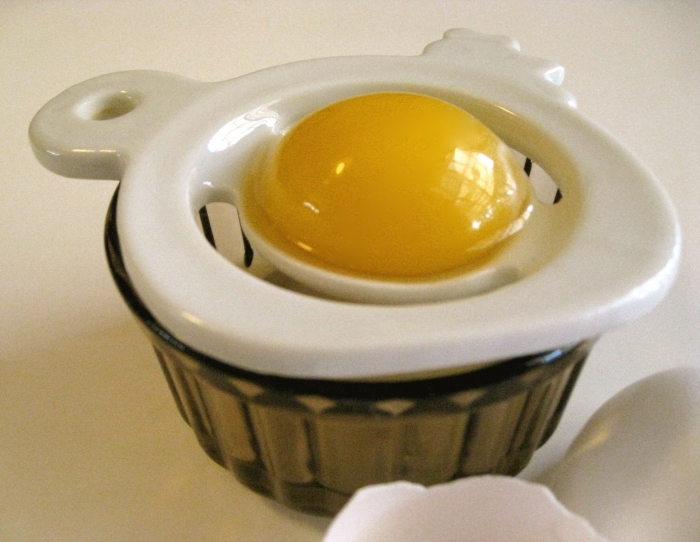 How to beat egg whites

A few years ago were encouraged to whip the chilled whites, but recently the opinion of the cooks about it has changed. Now, before you start the procedure, it is recommended to hold the eggs for several hours at room temperature. But in fact, the structure of refrigerated eggs are more dense, and its harder to oxygenate.

Beat egg whites is best, not using a mixer. Whisk or fork should be your helpers in this matter. If you are inclined in the direction of the mixer, then choose low speed, with the nozzles of overlapping frames. Cocktail blender absolutely will not fit.

It is important, what material will be made dishes, in which you beat egg whites. For this purpose, suitable ceramic, glass, enamelled (no chipping), ideally copper. And under no circumstances are aluminum and plastic.

And, perhaps most importantly – the dishes must be perfectly clean and dry. Fat in any, even the most insignificant amount, would negate all the work.

Start to whisk the egg whites need at a low speed, then gradually increasing it. Impatient chefs whites will become a mass of liquid and will not whipped.

The freshness of the eggs plays a role. Old eggs will not vzbivayte. In any case, in the process of whipping the whites and added a pinch of salt or a few drops of lemon, but even that may not save the situation.

In the process of whipping should involve the whole protein mass. You grab the whites with a whisk or fork to the bottom, otherwise the bottom of the dish, they will remain liquid.

While beating should get a firm foam. If it is beaten well enough, that is not increased 4-5 times, then the bubbles get larger and burst, causing the cakes to fall.

A very important point added sugar. It is impossible to pour it all at once. Only a little bit (a quarter teaspoon) and in the process of whipping. At this point, the foam needs to be enough air.

For meringues or meringue sugar should be replaced with powdered sugar. It is important to observe proportions – a Cup of sugar takes 4 protein. The shortage of sugar, the meringue will get sticky, the excess is fragile and sickly.

For meringue or meringue of the whites whipped very cool, with a pinch of salt and a few drops of lemon juice. The foam tip should when you pull to remain in the vertical position. It's called beat until peaks. If you need the addition of sugar, whip the whites until fluffy foam, and then introduce sugar. The process of beating continued until bringing it to uniformity and gloss.