How to cut cat claws

Domestic cats lead a less active lifestyle than their wild relatives – do not grind down their claws. Therefore, the owners occasionally have to trim nails of the cat and this should be done so as not to damage your pet. 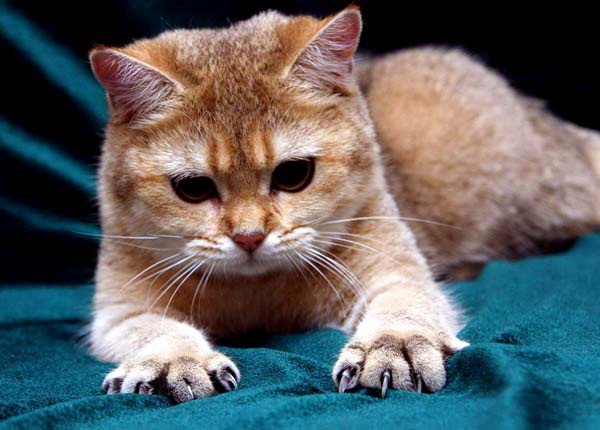 Cats claws are like human fingernails, are constantly growing. Street cats constantly grind off the "surplus", running on the asphalt or climbing on trees, but have Pets this is not possible, so claws constantly grow. And it happens even if the cat continually uses the scratching post: the claws become sharper, but not shorter.

If the cat's claws become too long they can interfere with a cat to move, clinging to the carpet or bedspread. Sometimes cats try to "nail-biting" during washing, trying to shorten them. This, as well as increasing efforts to sharpen its claws on furniture and other solid objects, may be an indication that the time has come "manicure".

In addition, cats have a fifth claw-located on the front legs. He's not worn down during normal cat games and is growing freely. If it reaches excessive long, they may begin to grow or pick from the pads of cat's paws when walking, causing the animal discomfort.

The growth rate of claws in animals may be different, respectively, and the frequency of cutting can vary. In most cases, the cat's "nails" the owners have to do about once a month.

Is it possible for cats to cut their nails at home

Most veterinary clinics provide a service of cutting the claws of animals. To help doctors in carrying out this procedure, sometimes used by owners of animals with a complex character, which is difficult to hold in place during cutting, as well as budding kotovladeltsev. But the procedure nail clippings from cats is quite simple, and most owners do it themselves.

Sometimes cats claws trimmed regular manicure or kitchen scissors, but this makes the procedure is quite risky: the animal may get hurt in the process of cutting. In pet stores and veterinary pharmacies can purchase a special guillotine shears (also called a trimmer or nail clipper). Them to cut the claws of the cats much easier, in addition, the trimmers do not have sharp outer corners and the animal will not be able to cut yourself on them.

How to trim nails of the cat

Before cutting carefully consider cat's claw. The claws of most cats are bright and translucent, and looked at the light, you can see the pulp – shaded area, where the blood vessels. If you cut its impossible to affect: damage to vessel can lead to bleeding and inflammation, not to mention the fact that it is very painful for the cat. 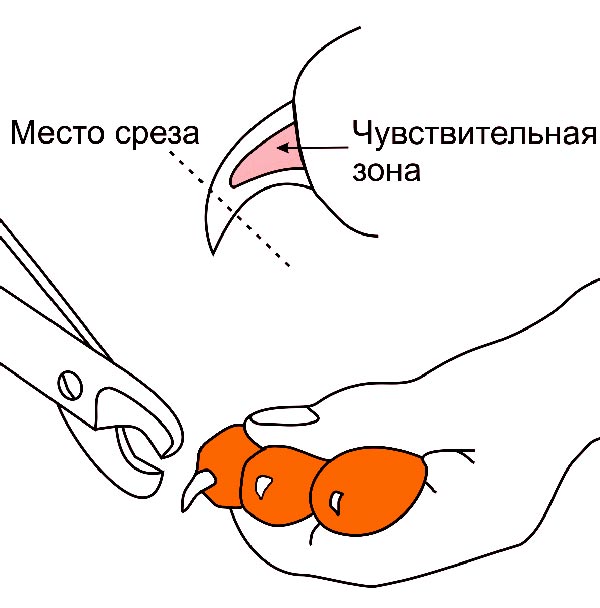 Trim the edge of the claw, blood vessels, cat painless. But, nevertheless, most of the animals react to the procedure called "manicure" very nervous, sometimes aggressive. In this case, to cut the nails of the cat can together: one holds the animal, produces the second crop. And you can wrap the cat with a towel, leaving outside only one foot – but in this case, of course, the animal will be very outraged. Therefore, it is better to try to negotiate with the cat world. After your pet will understand that nail trimming is nothing to worry, it will start to be calmer this procedure. At first you can trim a cat's nails on only one paw at a time.

The procedure for trimming cat claws will be the following: