How to check asynchronous motor

Asynchronous motors three-phase current are widely used in various industries, including automotive. The principle of operation of the engine based on the conversion of electrical energy of alternating current into mechanical energy through the use of a rotating magnetic field. In some cases it is necessary to check up correctness of connection of windings of the motor. 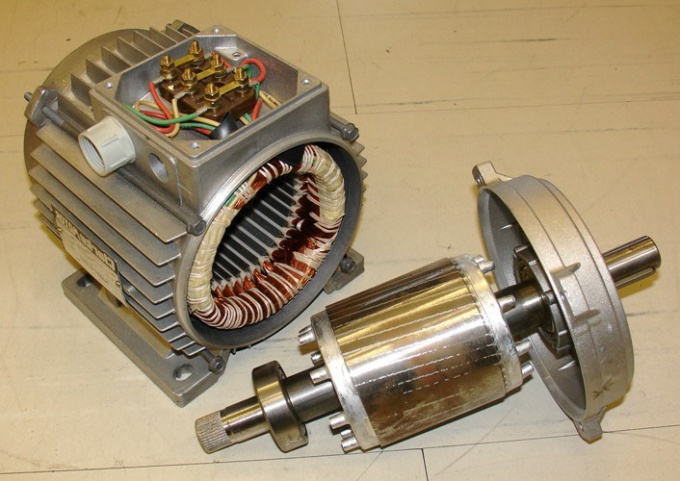 Related articles:
You will need
Instruction
1
To check the correctness of connections of three-phase windings it is necessary to define the beginning and end of each phase. Prepare for this and megger millivoltmeter.
2
First, if using a test light determine the identity of a separate coil terminal phase. Then to one of the phases connect through the switch the constant current source. The power source must be such that the winding of the electric motor passed a small current (battery volt 2B). In the circuit include a resistor to reduce current.
3
Turn on the switch. At the beginning of the electrical connection, and also at open circuit in the windings of the remaining two phases will be induced electromotive force. The direction of the electromotive force is determined by the polarity ends of the windings check the phase, which includes a rechargeable battery.
4
Note that the direction in which they turn on and off switch is deflected needle of a millivoltmeter, which must be alternately connected to the output ends of the other two phases. If to "the beginning" connected "plus" of the battery, and the "end" - "minus", then the off-switch on the other phase will be a "plus" on the initial findings and the "minus" end. On closing the circuit the polarity on the remaining phases will reverse the above.
5
If electricmotor has three pins when connecting a winding of the type "triangle" or "star", check the cable connection by connecting a lower voltage to two conclusions. In this case, the voltmeter measure the voltage between the third output and other findings connected to the network. If the connection is correct, these stresses will be equal to half the magnitude of the voltage applied to two conclusions.
6
Describes the measurements guide at least three times, each time summing up the current to a couple different conclusions. If a phase is connected is incorrect, when two attempts of the three voltage between the third terminal and the rest will be different.
Is the advice useful?
See also
Подписывайтесь на наш канал