How to determine primary winding

Is the primary winding of the transformer, which is supplied with alternating voltage from the outside. The other winding, whose voltage is supplied to the consumers are called secondary. To determine which of the windings is intended for use as a primary, it is possible experimentally. 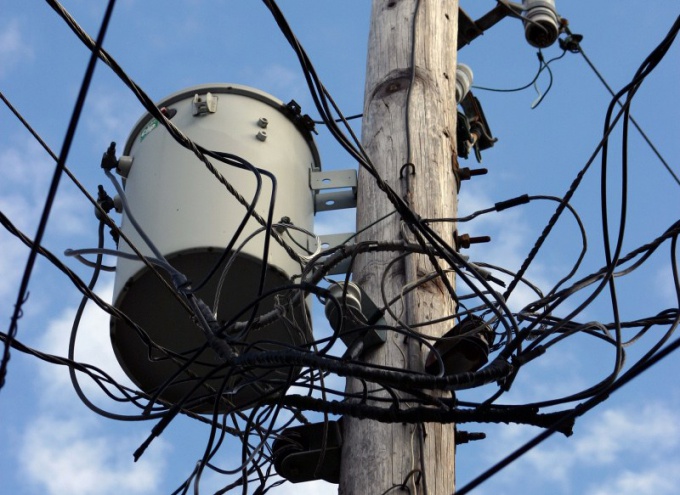 Related articles:
Instruction
1
If it is known that the transformer is decreasing and is powered from the mains, using an ohmmeter, measure the resistance of each winding. One of them, it is much more than the rest - it is primary. When measuring do not touch the terminals of the transformer and probe - despite the fact that it's not plugged in, measuring voltage is small, the amplitude of the bursts of self-inductance can be big enough for a painful electric shock.
2
At the anode, combined anode-filament transformer secondary winding can be both lowering and increasing, so take advantage of the above-described criterion will not work. To find the primary coil in this case on circumstantial evidence. For example, its findings can be located separately from the insights of others. If you can see where it is sent to the conductors extending from the pins to the windings themselves, often find among them primary one can, knowing that most often it is wound first (i.e., it is located closest to the middle of the frame).
3
Modern transformers often have a partitioned frames. In this case the primary winding is usually placed in a separate section. This section can be wrapped with red tape, and the presence of the insulation layer thickening (thermal fuse) is a good indication that the winding is the primary.
4
Most transformers designed for operation at a frequency of 50 Hz, the number of turns per volt are close to 10. Wrap it in a temporary additional winding and feed her alternating voltage with the same frequency and with the current value in 1 V. caution measure the voltage on the other windings, the primary can be considered the voltage which is close to 220 V. Then remove the additional winding.
5
If the primary winding has a tap, it can operate on two voltages: 127 and 220 V. In the second case, the inclusion of it completely. If there are two separate windings (127 and 93 a), include them in series (voltage 220V) only common mode. To do this, in the previous experiment, try to include them consistently in two ways (before you switch the voltage from the auxiliary winding remove). The variant in which the resulting voltage will be much greater and corresponds to in-phase switching.
Note
Do not work under tension.
Is the advice useful?
See also
Присоединяйтесь к нам
New advices