Orthodox calendar filled with holidays and days of remembrance of the saints. In December celebrated the great feast and the memory of the great saints. 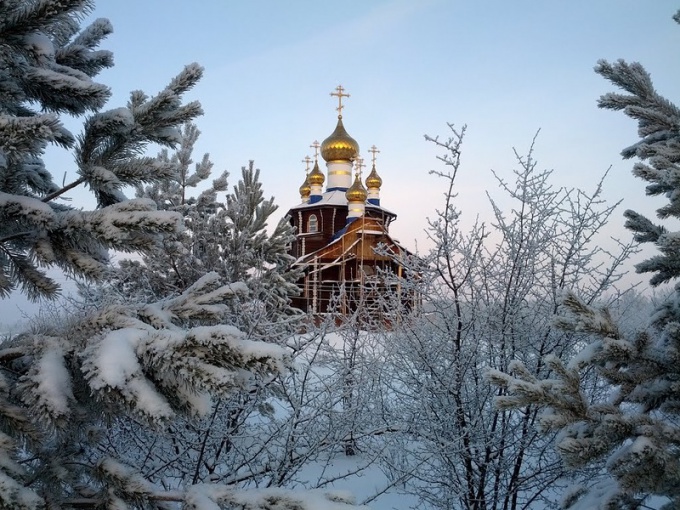 December 4 - Introduction in temple Presvjatoj of the virgin

Maria on reaching three years of age accompanied by their parents come to the temple in Jerusalem. The parents of Mary, Joachim and Anna, have kept God's promise to dedicate his daughter to God. Little girl she is raised on high steps of the temple in Jerusalem and enters the Holy of Holies. It enters into the depths of love, purity, contemplation, and silence that constitute God's grace. Here starts her first experience with God. In the temple of the blessed Damsel spends time in prayer and works, abiding in purity and chastity. This holiday is also called the beginning of salvation. In the troparion sung "...in the temple of God is clear Virgo and foretells Christ to all." This festival encourages people to strive for purity of heart and Communion with God.

Alexander was the acting Prince of Novgorod 15 years. Neighbours from Novgorod were the Swedes and Germans, who constantly attacked the Novgorod land. For the victory over the Swedes in 1240 on the Neva river, Alexander received the nickname Nevsky. The wise rule of the Prince, his diplomatic skills helped to protect Russia from the raids of the new enemies. Prince Alexander proved himself a true Christian, when in negotiations with Khan, he refused to worship pagan idols. Before the death of the Grand Prince took the monastic vows with the name Alexis.

December 7 - the feast day of Saint Catherine the great Martyr

A Saint lived in Alexandria in the IV century, was distinguished by its beauty and high level of education. Wanting to have my fiance only equal in merit, the young man, she turned for advice to the wilderness. The man taught Catherine to the Christian faith. Then she realized that a young man, her superior in all gifts is Christ. After baptism, Christ appeared to Catherine in a dream and he called her his eternal and incorruptible bride's ring. King Maximilian, who was a persecutor of Christians, gave to Alexandria the match 50 scholars with Catherine on issues of faith. St. Catherine not only took over the wise men, but also drew many of them in the Orthodox faith. The king ordered to torture the young girl. Starved her hunger, made a special wheel for the fragmentation of the body. But nothing could break the faith of a Saint. Then the king commanded to truncate Catherine with a sword.

Before the icon pray for protection from enemy attack, from fire, and protection from thieves and criminals. Novgorod in 1170 prayed before this icon from the attacks of enemies. After the divine signs Novgorod was inspired to battle, and the enemy fear and he fled. To commemorate this event was established holiday, called the day of punishment who are against co-religionists. In different parts of Russia famous for the lists of the icon "the Sign": "Tsarskoye Selo", "Korchemny", "Solovki".

The first of the disciples, the brother of Apostle Peter, Saint andré, after the resurrection of the Lord preached the Christian faith in many countries. According to legend, he hoisted the cross on Kiev land, predvoditel the future of the baptism of Rus. At the end of their labors, he went to the city of Patras, where the Apostle was martyred.

17 December - the feast day of Saint Barbara the great Martyr

The daughter of a noble pagan Dioscorus. Considering that none of the simple and humble people are not worthy to see the beauty of his daughter, imprisoned her in the tower. Barbara herself came to faith, was baptized and decided to devote himself to God. She convinced my father to accept the Orthodox faith, but he angrily took her to the Governor. Barbara betrayed to tortures, forcing to renounce Christ and worship idols. Tormentor seeing that nothing can defeat the patience of a Saint, condemned her to death. Saint Barbara was beheaded with a sword by the hands of his own father. She pray in sorrow and dejection, and to repent and receive communion before death.

19 December - the day of memory of Sainted Nicholas the Wonderworker, Archbishop of Myra in Lycia

Saint Nicholas pray for chastity and happy marriage of the daughters, from the sinking on the water, with possession and evil spirits in many diseases. His relics are currently in the Italian city of Bari. From the relics of St. Nicholas is a lot of healing.

Prayer for approval from besplodstva, gave Joachim and Anna a child of the female sex. This pure virgin - the blessed virgin Mary - the beginning of the salvation of the human race. Mary the mother of Jesus Christ the Savior of the world.

December 25 - the day of memory of St. Nicholas the Wonderworker Spyridon of trimythous

A great miracle-worker, who during his earthly life he was famous for humility, mercy and assistance to those in need, healing the sick. The future Saint was distinguished by benevolence and emotional responsiveness to adversity and everyday needs of the people. The fulfillment of the commandments and constant prayer the Saint acquired the gift of perspicacity, casting out demons and healing the sick. The Holy are praying for deliverance from hunger, the success in trade, successful farming. The incorrupt relics of St. Spiridon repose on the island of Corfu (Korfu) Greece.