How to remove the handle of the mixer

Some types of plumbing work can be done independently, without the involvement of a qualified professional. This primarily applies to the repair or replacement of the mixer in the kitchen or in the bathroom. In each case the relay has its own characteristics, which depend on the type of mixer. To start repairing, in any case, you must detach the faucet handles. 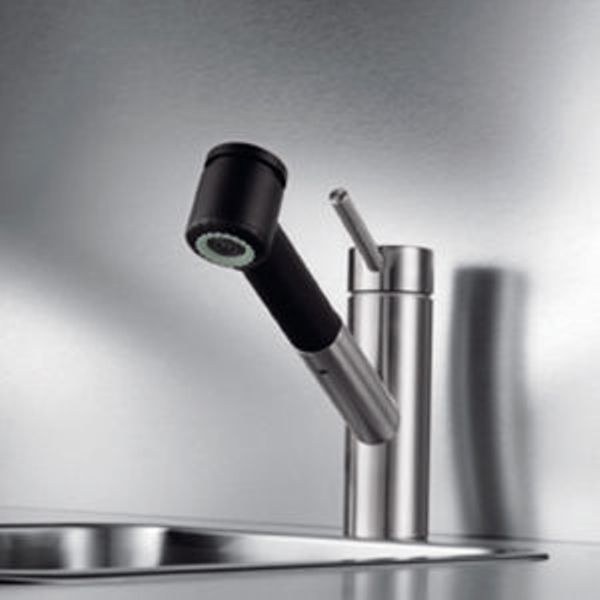 Related articles:
You will need
Instruction
1
Determine the type of mixer, the handle which you have to remove. Dismantling the knob will depend on the type of device and its method of attachment. Today, most often in the home used single lever faucets, but can meet and those having two swivel arms on the respective valves.
2
Before you start disassembling the faucet, turn off the water supply to the system, blocking on a pipe valve. When it is important to observe the sequence of actions: first, open the water, then turn the valve to the pipe, and when water stops, close the faucet lever. Otherwise, the pipes may be formed unnecessary excess pressure.
3
Before you remove the knob with single lever mixer, inspect it. In the front, under the arm, you will see the plug (usually two colors, blue and red). With a knife or screwdriver to remove the cover and set it aside.
4
In the opened hole has a screw. Insert it in the slot screwdriver and gently Unscrew counterclockwise. While decorative handle mixer free. Now, remove the handle (usually is not difficult). Then, proceed to the disassembly of the mixer, if this is included in your plans. Setting pen to its rightful place in reverse order of removal.
5
If you can see the mixer is equipped with two separate valves for hot and cold water, the technology of dismantling of the arms will be somewhat different. For a start, remove the decorative cap that covers the attachment point of the handle. For this it is necessary slightly to hook it on the edge of a sharp object, acting carefully so as not to scratch the surface.
6
Under the hood you will find a screw that the handle is attached to the body of the device. Remove the screw from the thread and set it aside. Now the handle can be removed. If it lends itself to a tight, lightly roll it in opposite directions, to shake. Do the same with the second valve. Disassembly lever mixer complete.
Is the advice useful?
Подписывайтесь на наш канал