How to understand that guppies are pregnant

Guppy is a freshwater fish that belongs to the family Poeciliidae. It is considered to be fairly undemanding and popular of all aquarium fish. It should be noted that every breeder should have an idea on how to determine that a female guppy is pregnant. This knowledge will help in a timely manner to create certain conditions for females expecting offspring. 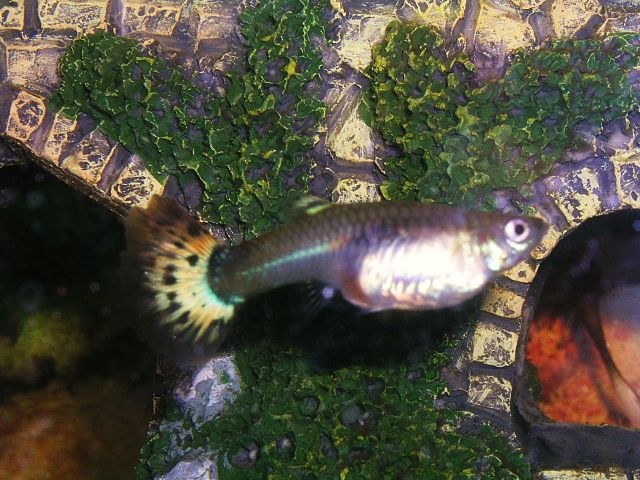 Related articles:
Instruction
1
Typically, the pregnant guppy is determined by the shape of its abdomen. The fact that females bearing offspring, has a round voluminous belly, which is just before birth gets a little rectangular shape. Sometimes gaps can be observed fry, and closer to labor guppies has a dark generic spot localized in the abdomen. Be aware that the shape of the head fish in this period begins to seem elegant due to the volume of the stomach. In addition, a pregnant female you'll be peaceful and calm behaviour.
2
Often, before throwing a fry guppies becomes dark rear part of the belly. In that case, if the tank has only fish of this family, and there are plenty of shelters in the form of rocks, driftwood and algae, the female can be not to transplant. However, when living in an aquarium with other fish, guppies, hatching offspring, mandatory for the period of throwing should be deposited, then run back. It is important to remember that the fry should be kept in a separate container.
3
Otsaila pregnant female, you need to consider that it is able to eat their fry. Thus, it is advisable to take care of the acquisition of the plants by which they can hide from the mother, temporarily located next to the offspring. The number of fry born to a female depends on her age. Young fish can breed up to ten pieces, while the old are able to draw a hundred fry. In order that the offspring had a beautiful color and has quickly evolved, they should be fed a variety of food three times a day.
4
Basically, the pregnant guppy has a duration of forty days. During the first weeks after birth, the larvae remain in otsadnik. Then they transplanted the larger capacity. Already in a month it is possible to notice distinctive features, allowing to determine the sex of fry. Females occurs generic spot near the anus. Males in the three month change of the so-called anal fin in gonopodia. Note that to prevent breeding guppies, the young offspring is advisable to promptly distribute by gender and include separate. In the winter it is necessary to observe the water temperature, which should reach eighteen degrees Celsius. Such actions not only help to avoid unnecessary spawning, but will also allow the female to rest from labor.
Is the advice useful?
See also
Присоединяйтесь к нам
New advices