Who is the childish person

Infantilism common phenomenon in modern society. Paradoxically, the more demanding becomes the modern world to those who make the decisions, the brighter around you can see how many infantile people fleeing from responsibility for making any decisions at all. 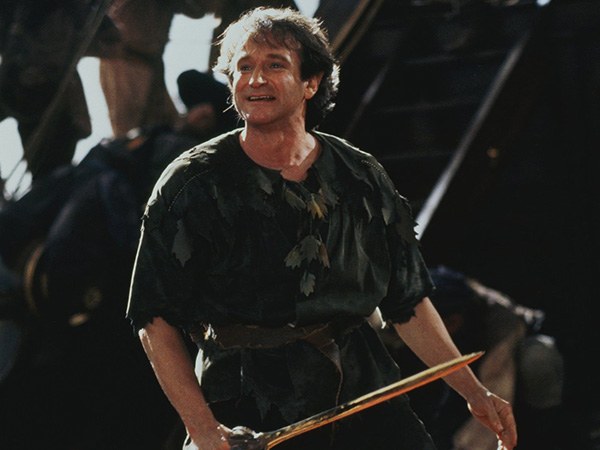 Related articles:
"Dodik, Dodik, go home! – Mom, well, can I still go play for a bit? – No. Go home. – Mom, am I cold? – No. You want to eat!" - this classic anecdote could not be better reflects the essence of the origins and content of infantilism.

Beautiful word "infant" is translated as "child." The word beautiful, but that's life with an adult child is never serene and fraught with a lot of stress and frustration. Infante was not - far from it. His partner, tasted all the delights of living together.

Infantile man is the eternal child. With all the beautiful bouquet characteristic of children from three to five: egocentrism, narcissism, irresponsibility and hysteria. But if only it was limited to the character of a classic childish. Unfortunately, they also tend to be the features inherent in teenagers in puberty: negativity, life-negation-affirmation at a constant, easy excitability and conscious insulation.

"Oh, children, children! So great is their faith in mother's love, that it seemed to them that they can afford to be a little more heartless!" (James Barry. Peter Pan)

As a rule, infantilism is a consequence of modern education. In other historical periods, due to family and tribal way of life, the children almost from infancy taught to be responsible for their actions and for the welfare of the family. The modern way certainly is good that facilitates our everyday life and thus blurs the boundaries of responsibility for the survival ones from his childhood before the dilemma of making immediate decisions on which depends not only the welfare but the lives of the whole family.

A few years ago an American anthropologist Carolina Izquierdo of the University of California published a paper which touched on the topic of growing up on the juxtaposition of archaic and modern education. In this work she described two situations: the first is the attitude to education of 6-year-old child in the Peruvian Matsigenka tribe living in the Amazon, where Caroline spent the next few months, the second – scenes from the life of an ordinary American family.

So the first situation: one day, the tribe members moved in dvuhmetrovoy "expedition" to gather food for the tribe. A little girl of 6 years asked me to took him. Even though she did not have a clear defined role in the tribal community, she became a full and useful member of the expedition: carried sleeping mats, were caught, cleaned and cooked crayfish for all members of the expedition, independently having made the decision to do it. She was calm, Mature, and demanded nothing for himself.

The second situation is from the work of anthropologist refers to the life of a normal American middle class family: 8-year-old girl, not finding next to a plate of cereal device for ten minutes I sat and waited for her to give, and a 6 year old boy at this time persuaded his father to untie his shoelaces for sneakers.

The main features of infantilism

Infantilism may be congenital, but most often it is acquired and depends on education. Adult infantile person is a tragedy first and foremost for his family, for his family members if he manages to make such. But in the sphere of industrial relations infantile people not be called a gift.

Infantile people tend to exhibit emotional immaturity, he's unreliable, irresponsible, and avoids making any decisions, happy to be shifting responsibility to others. Infantile fixated on themselves and they only care about their own whims and purposes, although they can be quite successfully hide behind fancy words or even by deeds, but, alas, they are based in any case is concerned only about personal convenience, prosperity and satisfaction. As a rule, they almost always find someone who solves their problems, looks after and takes "under the wing".

But how attractive are infantile – the eternal children! They are as different as they are attractive and beautiful, like Peter pan and Carlson – archetypes-representatives infantile individuals: their element – the eternal celebration of life, which give attention and gifts.

That, and to have fun they not only love, but also know how no one and if life was always just a holiday, it is the best companion for this and not found: the infantile man fun guaranteed to... To the first decision – he was cold or hungry. And if you're ready for him to make all subsequent decisions – forward to the eternal tale, in which the further, the worse.
Is the advice useful?
See also
Присоединяйтесь к нам
New advices