How to make powdered beer

Beer is low alcohol and laboratively drink, thirst quenching with a bitter taste and characteristic aroma khmelevy. It is usually produced by natural fermentation, but not so long ago a new method of producing beer from a powder. 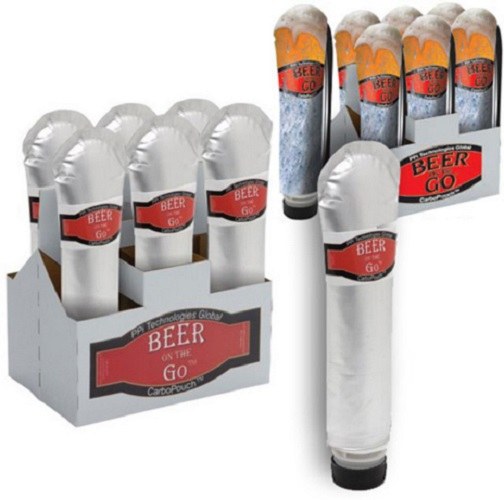 What is the powder beer

Today in countries such as USA, Canada, China, Japan, Finland and Russia, it is possible to find the so-called "powder beer", but rather the beer of the powder, which is a concentrate.

So powdered beer is a concentrate prepared beer wort, from which by means of a vacuum previously removed all the liquid. This concentrate comes in powder and sometimes in paste form. To extract the drink enough to dissolve it in water of a certain temperature and add the yeast.

The cost of this concentrate is quite high, because in large plants it is not used. Usually beer from a powder release small Breweries and restaurants that prepare their own beer spill. Costly for them to comply with the full technology of brewing, because it requires expensive equipment and ingredients. That is why they use powder concentrate. It should be noted that in all the intricacies of the technological process ensures a beer of high enough quality.

How to prepare powdered beer

As mentioned above, the basic raw material for powder beer dry malt extract. It is prepared from brewing malt by germinating seeds of malting barley varieties. This occurs in special conditions.

The germination of varieties of barley grain under the action of certain enzymes hydrolysis, ie the decomposition of starch, proteins and non-starch polysaccharides. In the end produced low-molecular and easily absorbable by the body substances, such as dextrins, sugars, water soluble proteins, amino acids and organic acids. Also as a result of this process in barley aktiviziruyutsya accumulate and b vitamins. the process is called malting.

Next, from the resulting malt mash is prepared. In fact, this water extractor – extract, which contains all the aforementioned substances. After that the mash is dried and the obtained dry malt extract.

In it, as in "live" beer contains calcium, magnesium, phosphorus, potassium, sodium, zinc, iron and copper. Sugar in malt extract is represented maltose, glucose and fructose. In addition, it contains proteins and amino acids, represented by glutamic acid, alanine, leucine, leucine, isoleucine, phenylalanine, histidine and tyrosine. Also, it includes vitamins C, B1, B2, B3, B6, PP and H.
Is the advice useful?
Подписывайтесь на наш канал