As for "Minecraft" to check the money

In Minecraft, at first glance, is the era of subsistence farming. Here gamers create or produce their own food and other necessary for life to their characters, resources, and the excess lay in chests for safekeeping. However, in many game situations appear and banknotes, which is necessary for success in the gameplay to properly use and control their flows. 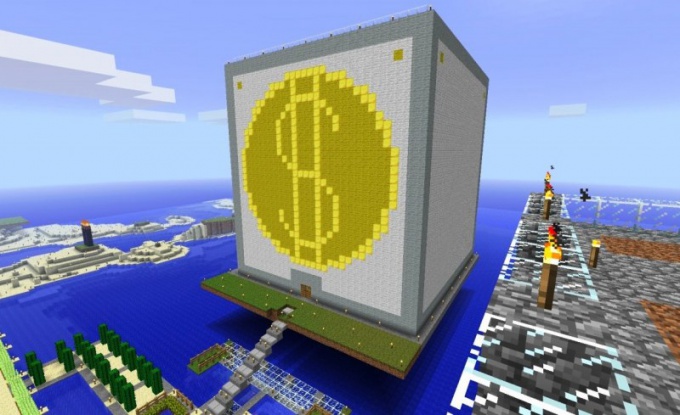 How to use money in Minecraft

Money is usually appear in Minecraft when it comes to playing on the multiplayer servers and other resources. Then the gamers, in case the installation staff of the relevant plug-ins on the Playground, there is an opportunity to earn remuneration in a variety of ways and, accordingly, to spend it on useful resources.

So, players can be employed for certain tasks to prescribed rules salary. For this, by the way, they do not need to learn any of the virtual University for the acquisition of specialty. It will be enough to take on - using the corresponding commands in the chat - the duties of the warrior, blacksmith, Builder, designer, etc. (available jobs and more than half a dozen) and simple to perform game missions corresponding to the stated occupation.

Another possible source of income - the dispensation of his own store (with conventional trunk) for sale a variety of valuable resources to other users on the server. Thus, the player, have in stock a variety of diamond, emerald, expensive armor, etc., will be able to get for them good money, which is then similarly spend on what is necessary at a particular moment of gameplay - but at the point of sale to other players or the administration.

Moreover, often the creators of a server can assist its users some semblance of casinos where you can spend the available desiredst that get dropped randomly prize. Of course, there is the risk of empty and squandering money (if a slot machine will not give anything in exchange for money), but here it all depends on luck of the player.

Checking the balance in the game

In any case, it is necessary to control the passing through their account of virtual cash flows. This is especially important on servers where the conditions for survival and successful game quite hard in the first place - in the beginning, when the resources available in stock among gamers, is limited. In such a situation a reasonable expenditure of capital will be key to further advancement in the gameplay.

Conventionally, in order to view your cash balance, the player uses certain commands by typing them into the chat (it is invoked by pressing T). For this purpose, it is a word /money. Entering it in the console, the gamer will see a specific amount available in his account, and then we will decide how to dispose of it.

If certain Permissions (usually those who have this multiplayer online administrator credentials), the player will also be able to spy the cash balance of another user. It should introduce a little above command /money, but with a space to specify the nickname of what state of the account he wished to know. However, this is possible only in the case when installed on the server plugin iConomy.

If admins were installed Money Mod command to view the balance might be slightly different. So, with the help /load the player will see how much money was in his account, in a previous save (which is done by typing in the chat /save). While the current situation in this regard, it will after you use the command /balance. Thus, to control their virtual costs it will be easy.
Is the advice useful?
See also
Подписывайтесь на наш канал