Virtually all modern cars produced with a catalyst that oxidizes harmful compounds in the exhaust. But some car owners (especially those who sell their cars) believes that it is possible to do without this expensive part. So it's important to be able to recognize the first signs of catalyst failure. 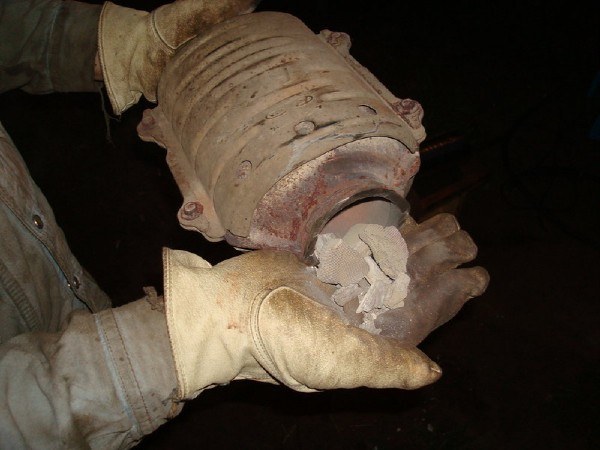 The primary symptom of automotive catalyst

Most often this part fails for two reasons: failure to follow instructions (especially if you use the wrong brand of fuel) and excessively long operation. In the latter case, the melted ceramic core, the cells become clogged with soot, which leads to the complete destruction of the catalyst. That it will have to change, can be recognized by loss of power: the machine does not develop full velocity, acceleration decreases, and further finds it difficult to start the engine. At an early stage to identify incipient problems with the catalyst difficult; just drive deeper utaplivaet the gas pedal to compensate for the power drop. It is sometimes useful to pay attention to the appearance of a sharp odor of hydrogen sulfide, which indicates a poor decomposition of the exhaust gases.

How to check catalyst

This procedure can be carried out independently. To do this, place the car on, let the engine and depress the accelerator to the floor, while watching the tachometer. If the arrow reaches the maximum (red zone), then triggered the Rev limiter, the catalyst can be considered serviceable. If the arrow can't reach the red zone, it is considered that the honeycomb catalyst is clogged. However, this method of diagnosing trust, provided that the ignition system and power source is operational.

A full inspection of the catalyst can be carried out only in conditions of service. Usually starts with the determination of operability of the sensor - lambda probe. If it works, then the power management system serves with special devices signal lack of oxygen or excess fuel; as a result, the combustible mixture is depleted or pereobulsya. Next, the operability of the power plug. Under the condition of their health will have to change the catalyst. Also, the test may be associated with the measurement of exhaust emissions or checking the pressure of the exhaust gases (usually the last two ways combined). An easier way – dismantling the catalyst and check the comb to the light, - the level of oppression can be determined directly. But there is a problem; on cars for a long time used to remove catalyst not so easy, because nuts eventually stuck, and the loosening'll need a blowtorch.
Is the advice useful?
See also
Присоединяйтесь к нам
New advices