What is an expansion joint in concrete

Formed in concrete expansion joints reduce the likelihood of deformation of the monolith when the external conditions, including temperature fluctuations and surges humidity conditions. 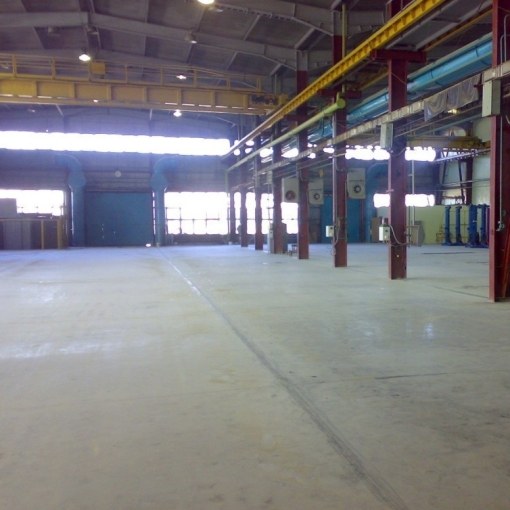 Related articles:
Expansion joints in the concrete monolith – a necessary component caused by a change of the geometrical sizes of the concrete slab after curing with temperature and humidity changes. If the concrete will not include such seams, the monolith can occur internal stresses, deformation and cracks. These factors reduce the strength characteristics and durability of the structure. Expansion joints are capable of evenly distributing the additional load, eliminating deformation.

The expansion joint should periodically get rid of foreign objects and dust that he could perform a protective function.

Features of the arrangement of expansion joints

Expansion joints allowable to plug the elastic composition, which will be protected from contamination, without affecting their characteristics. To equip the sutures should be timely. Technologically right to make slices in the freshly laid mixture after the grinding the base. If to work a little later, after curing, the edges of cracks can form, reducing the strength of concrete.

The formation of welds necessary to carry out after 12 hours after pouring. If the work was carried out at low temperatures, the cutting should be carried out after 24 hours.

Before starting work, you should calculate the depth of the joint, it must be equal to the limit of 1/3-1/4 of the thickness of the concrete screed. Work must be carried out in compliance with interval cuts. Cut the mesh must be free of internal seams, as cracks are initially formed in areas inner corners.

Seams should not converge T-shaped. The mesh should be deprived of plots with triangle corners, this is because initially, the deformation starts at the sharp corners. If a triangular shape, delete failed, you should make it at least an isosceles triangle.

Through the formation of stitches, the wizard creates an area of slack, this allows the concrete to crack in this area, and not chaotic. The edges of the cracks have a certain roughness, which does not occur vertical displacements until a crack will become too wide.

The problem of seams

If cutting is done on freshly laid mixture, the joints should be formed using a special cutter, dry screed, the joints need to form a method of propilivanija. In order to have expansion joints did not appear in unplanned places is followed by a process of cutting into dry concrete produce as possible in a shorter time, thus eliminating the falling edges.

If the joints are equipped with a special cutter on fresh concrete, they may have less depth. To determine the pitch of the cutting stitches in the following way: the limit of 24-36 inches must be multiplied by the thickness of the screed. So, for 10 cm of screed seams must be removed from each other at 240-360 cm

Even before the arrangement of the expansion joints cracking of concrete can occur independently. This may be owing to the continued dry, hot and windy weather during concrete placement. In order to avoid such consequences, it is necessary to use concrete with synthetic fibers, and during the installation and grouting of the Foundation will have to moisten a surface with water.
Is the advice useful?
See also
Присоединяйтесь к нам
New advices