Young mothers are often worried about the amount of time their baby spends in the sleep state or, on the contrary, wakefulness. However, they can be understood — during sleep, the baby grows rapidly and develops. Of course, the rules of the dream — the notion of contingent and approximate, and yet one should at least roughly understand how many need to sleep a small child at one time or another during their lives. 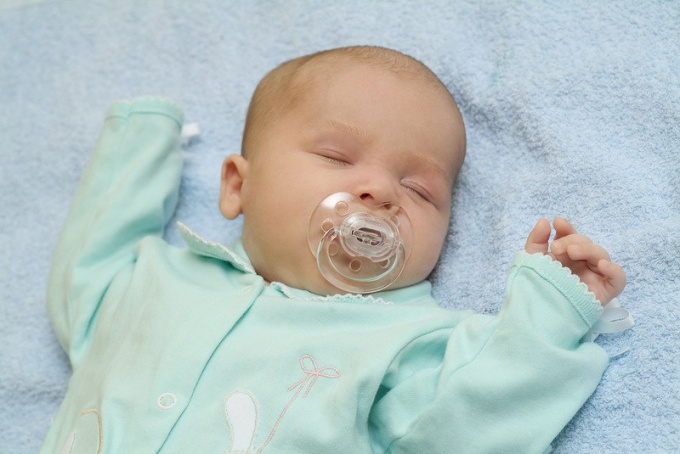 Related articles:
In fact, you should always keep in mind the fact that the child in the power of his personality might not fit the average norm in Pediatrics. How much sleep per day how to gain weight and how often to eat — things are purely individual and depend entirely on the newborn. Baby will sleep as much as he should. In case of small deviations from the average child behaves calmly, he fed and happy — in this case it is not necessary to forcibly tuck him into bed in order to hold on to the mythical norm. But in the case when the baby is restless, angry cries and rubs his eyes, but sleep does not work, and so it continues day in and day out, that's such situations require special attention.

How much sleep a newborn

Newborn according to the classification adopted by the world health organization, is considered a baby up to the age of one month. In the neonatal period is the smallest member of the family most of its life in a state of sleep about 17-18 hours a day. This, of course, does not mean that the dream lasts continuously. The baby will Wake up about every 2-3 hours to eat. Often Wake up babies, breastfeeding, toddlers, fed with a mixture, as a rule, unable to sleep continuously for up to 3-4 hours. At this age, sleep and wakefulness are not well established, so just help your baby to sleep: peredelanye it, hold a little longer on the hands after feeding, quietly sing a lullaby.

Norm sleep of the baby up to three months

At this age, the time spent by a child in a dream, could be reduced by two hours and will be 15-16 hours during the day. However, at this age most often, the little man is suffering from colic, which will interfere with him sleep. If the cause of colic and poor health of the child is eliminated, then night, he can continuously sleep for 5-6 hours a day total sleep time will be about 10 hours. Periods of wakefulness in the baby increase, because he studied with interest the world around us.

Sleep time babies under the age of six months

Little man is older, he is becoming more active and very much interested in what is happening around. Accordingly, the periods of wakefulness become longer. At this age a baby can sleep during the day for 3-4 hours continuously, after which he will want to eat and play. Stages of beauty sleep should be three. Night same dream in a child under the age of six months, usually lasts for 10-11 hours. It is the period from 4 to 6 months is considered the most favorable for work on the daily routine of the child. Mommy had already studied the features of his crumbs and understands when he wants to sleep, and that helps him when falling asleep.

Sleep of the child aged 6 to 9 months

After six months of life the child is able to sleep all night without waking up for night feeding. Duration of night sleep can be up to 12 hours if the child is healthy and does not disturb the cutting teeth or other problems. In the morning the baby is able to entertain themselves for 2.5-3 hours continuously, then exactly the same amount of time he will sleep. Stages of beauty sleep for the ninth month of life can become two, at this time the baby will sleep for 2-3 hours, no more. The rest of the time the child explores the space around him, he starts to crawl, learns to stand with support, it becomes more excitable. So at this time it is very important to develop a procedure for bedtime is to play only quiet games, to hold hands while falling asleep, to tell the tale. Habitual actions will help the child prepare for sleep, and the process of stacking will be much easier.

How much sleep a child under one year

After 9 months of life the child needs less daytime sleep at night the child sleeps well without waking up, as before at least 11-12 hours. Many children are closer to a year pass to a disposable day dream of a duration of 3-4 hours and the rest of the time in active activities. However, it is still rare. Most kids continue to sleep during the day in two stages, each of which lasts for 1.5-2 hours. It is very important to stick to the schedule and try to lay the baby for NAPs at the same time. This sequence of actions will help your baby to fall asleep independently, and you will not have to sit at his bed for a long time or rock him to sleep.

And yet, despite all the existing rules allow a baby to some extent, to deviate from them, especially if you see that the child gets enough sleep, feeling active and vigorous. Watch your child and you will be able to determine the distribution of periods of sleep and wakefulness required for its proper development.
Is the advice useful?
See also
Присоединяйтесь к нам
New advices