How to buy baby one sleep

Sooner or later, to all the young moms, the challenge is to take the little one sleep. It's a natural stage in child development. The child may stay awake longer, so the time of going to sleep at night moves very late. For example, at 12 o'clock in the morning. This is the transition from two NAPs to one-time mothers requires active participation, and sometimes changing the mode of the day. 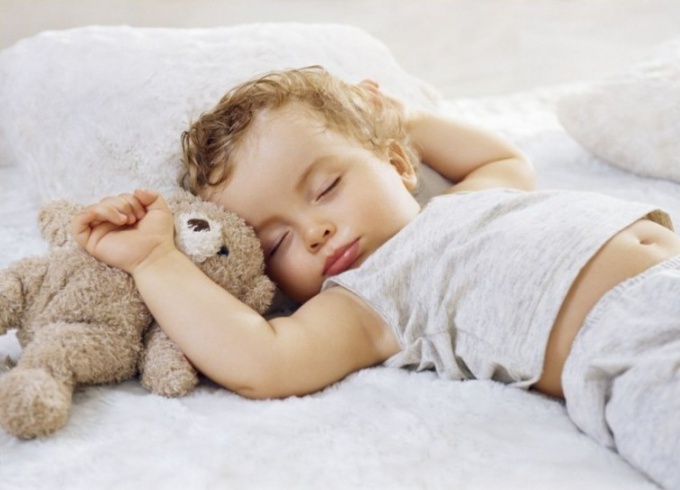 It time to move on to one dream?

The very first thing you should do is to assess the mode of your child's day. If the child sleeps later in the evening a second time, and at night laid very late, probably time has come to change his regime. The concept of "later" is different in every family. However, for the child to optimally go to sleep around 21-22 o'clock. You can also rely on the age of your child. Usually one to sleep, the children move at the age of about a year.

If you intend to transfer the baby to a single NAP, you need to increase the amount of awake time in the morning. For these purposes, perfect walk in the fresh air. Encourage the child more walked (or crawled), but did not sit in the stroller. Also it is better not to go somewhere in the car or walking with a stroller far so baby will simply fall asleep. Walk in the house closest to the Playground, to be able to quickly return her home.

Try to play with the baby, so he was awake longer than usual and went to bed later in the day than I used to do it. How much longer depends on the specific kid.

The shift of the regime moments in time earlier than usual.

During the transition period, the lunch of the kid it is better to shift the time early. If you feel that it took a little time from Breakfast, let your child in the lunch portion is smaller. Try to sleep before the day the child ate: a well-fed baby will sleep longer.

At the time of the early moves not only lunch but also afternoon tea, dinner, evening bathing and going to bed at night. First, the baby can start in the evening to act up. He will need several days to understand and get used to sleep the second time, he will not. And at night during this transitional period to put the child at the very early hours 20. Don't get too excite the kid in the evening to put him at 21 or 22 hours. Over time, his regime will install itself.

Often in the transition to a single NAP time baby may Wake up in an hour or two after falling asleep. If parents are actively engaged in household chores, the kid may think that the day continues. He wakes up and is ready to play, and lay then the child will be very difficult. So by the time the baby wakes up, mom and dad must sleep. Then he will see that it was night, everyone is asleep and go to sleep. This does not mean that you should not even open my eyes. Of course, you can stand up, help the baby to go back to sleep the usual for him and you. But you have to show him that today is over and it's time for bed.

Usually the transition to a single NAP is not particularly difficult. The first time when the baby is just getting used to a new regime, a young mother even manages to relax after baby goes to sleep for the night very early. This is not only because he needs to get used to stay awake longer, but because the two-time daytime sleep is usually shorter (for 40 minutes) than single (1.5-2 hours).
Is the advice useful?
See also
Присоединяйтесь к нам
New advices