Activated charcoal – a medicine that from childhood, helps in the digestive problems. This is an incredibly useful substance that does not cause addiction and overdose. And the cost of such coal are really affordable. 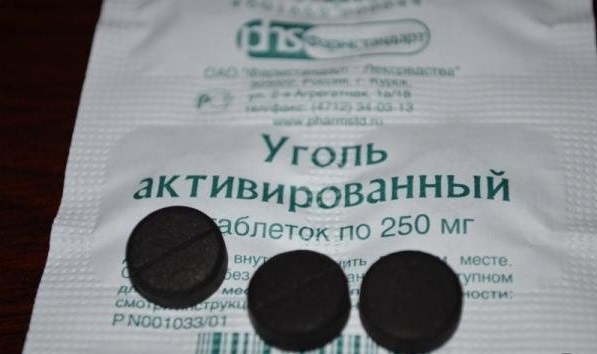 Related articles:
Activated charcoal is known to mankind since ancient times. This is probably one of the first medicines, and for many centuries, doctors and herbalists could not find him a decent analogue or replacement. But times have changed. Now in pharmacies you can buy a variety of drugs, whose action is similar to the action of activated charcoal. As he had done before, and how it is produced now?

What did the charcoal before

Charcoal mankind learned to use for the treatment of diseases of the gastrointestinal tract for a long time. To obtain such a coal is burned, some varieties of wood: birch, fruit trees. After burning the coals were treated with steam at very high temperature. To our ancestors the easiest way was to cook it in the bath, where the furnaces were part of birch coals and left to steam for the activation process. From the normal charcoal it has an incredibly low weight. And due to the porosity and low weight tenfold increase of the absorbent, the absorbent properties of charcoal. Coal in those days was used not only as a medicine. Them as now have filtered water through it chased away the alcoholic beverages, even treated cattle and poultry with this versatile tool.

But times have changed, and replaced the Russian baths come with modern technology. They allow a huge amount of activated carbon is much faster, but the porosity is always higher in comparison with the earlier counterparts. And if before the activated charcoal was physical, in modern pharmacology, coal chemical activated methods. Although he's not getting that for more threat. The process of chemical activation of charcoal consists in treating the coal mass specific composition of salts, whereby it is possible to avoid the exposure of coal under the pressure of hot steam. Although some companies still practice and physical process of activated charcoal. This process is now called steam-gas activation of the carbon. It is more environmentally friendly, and such a drug is cheaper than coal, activated chemically. The resulting preparation can be in the form of tablets, fine granules or a simple pasta, it all depends on its further application in the form of filters for fluid, medication, or industrial production.
Is the advice useful?
See also
Подписывайтесь на наш канал