How to increase the power of the engine of VAZ 2109

The domestic car tuning is an interesting exercise, which involved almost every owner. Decorate the exterior, and the interior of the vehicle. Not overlooked and a motor, which gives some more horses. 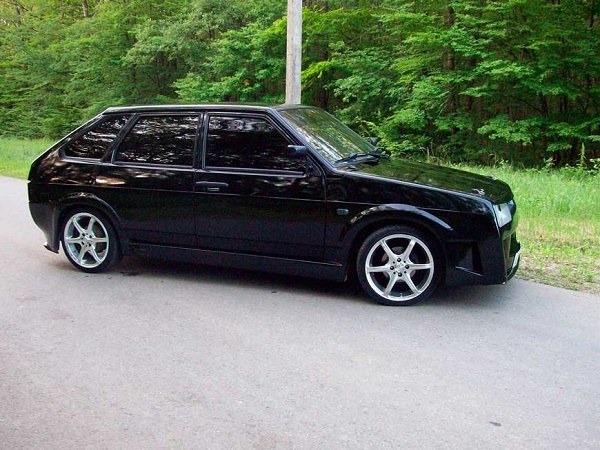 Related articles:
The body design of nine can be very attractive after the tuning, but if under the hood is the motor which horses wither, the overall impression of the car is bad. Therefore it is necessary to change the power unit to the maximum, to not only look good, but effectively to start from traffic lights. And it will be required to undertake a range of activities aimed at improving the dynamics and power.

Relief nodes – the key to success

You will need to facilitate the following engine components:
- pistons;
- the crankshaft;
- rods;
- the flywheel.

You can find lighter parts, produced specifically for tuning engines. In addition, the increase in the motor will add a few horsepower. But the maximum boring of cylinders to use is highly undesirable. Just in case the next overhaul will have to install a new liner. And that's a pretty large outlay of money.

Change the carb to the injector

If you have a carburettor the fuel injection system, it is best to replace the injector. In the end, you will receive a lot of benefits, against which the defects are not very noticeable. The advantages include:

- able to flash the ECU for the desired mode of operation;
- fuel economy;
- possibility of installation of the turbocharger;
- reduction of emissions of harmful substances (although few people care about).

The turbo works best with fuel injected motors. At the carbs there is a line – they are sensitive to the amount of air. There is also the possibility to install LPG fourth-generation car. Don't bet fifth, because it's expensive to maintain and repair, and opportunities on a par with the fourth. The power loss is only 3%, but the fuel savings will be noticeable.

The installation of the turbine

This is something that can increase engine power a few times. Quality turbine from a reliable manufacturer will improve the performance of the motor many times. Only it is desirable that the engine was in perfect condition, otherwise, the maximum squeeze will not work. The turbine is driven by exhaust gases, so it works only with the engine running. You could even say that the motor works by itself.

From the impeller in the exhaust manifold, the motion is transmitted along the axis of the compressor, is made using gears. This type of compressor is not afraid of high temperatures and durable enough. In the end, the air under high pressure is injected into the power system, the engine power is increased.

There are many nuances in the operation of the turbine. For example, at certain engine speeds there is a failure. In this work the turbocharger is not felt. Slightly overpaying, you can buy a turbine, which is equipped with two compressors, in which the failure occurs at different engine speeds. In the end, they cancel each other out, and the driver does not appear uncomfortable by such behavior of the motor.
Is the advice useful?
See also
Подписывайтесь на наш канал