Learning how to make a watchband with your hands

Strap on a wristwatch pretty quickly wears out, which can lead to loss of clock itself. You can make your own simple strap of leather or make a more original version of woven ropes. 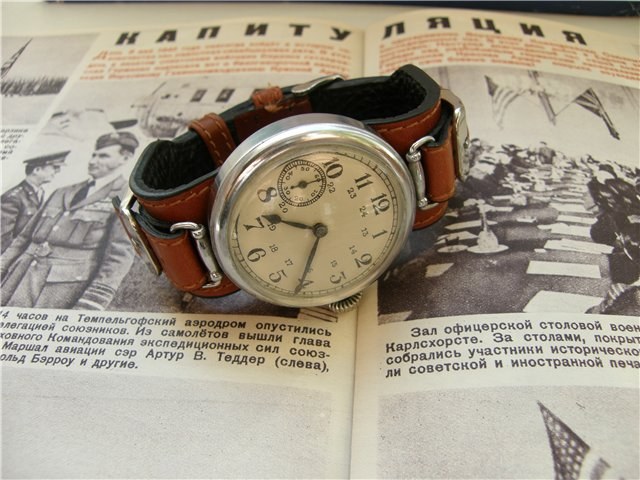 Leather strap for watches with his hands

For making plain leather watch strap for a wristwatch will need: a small piece of leather, waxed cord, scissors, awl, ruler, round knife and hole punch for leather. Also useful for some old distressed watchband.

Don't forget to determine what should be the length of the strap. In the presence of a specimen take it and put it on a piece of leather. Circle the old strap on the contour and cut a neat strip. Then mark the shape of the future of the band and a round knife cut the skin.
With an awl mark the holes for the fasteners. Then, make neat holes with a special hole punch.

To make the accessory brutality, insert the small metal circles. Then thread the strap in the watch and install the zipper. In order to secure it need waxed cord. Insert the belt holder and sew it with a cord. With the second holder should do the same. Here's the whole process.

How to weave a strap of woven ropes?

For work it is necessary to prepare about 15 m braided rope, a lighter, tape, a latch, and a pair of scissors. The amount of material will depend on the size of your wrist.

Measure about 20 inches from the end of the braided rope. But to cut off that ponytail should not be. Then make a loop on the first latch. Put the gift on the rope and determine the length of the bracelet. Don't forget to make a small supply just in case. After the length measured, you should wear the second latch and to make a similar loop.

Now you can start weaving. From the ends of the rope make a loop on the front side. Cross the ends on the wrong side and make another loop. It turns out that you captured the extreme opposite end of the rope. The second end must remain in the upper part of the future of the band. Now pass the thread under the hem and grab it from the other side. Through the two middle ropes will release a small loop. Continue such netting until, until you reach the dial. You should try to weave, so the bracelet was quite tight. Otherwise, the strap will lose the beautiful shape.

When he reached the location of the dial, tightly pull the finished part. Then pass the rope under the clock and output it to the other side. Continue weaving the same method. After completion you must cut the rope and leave a small tail with the stock. Take the rope on the wrong side between the loops of the strap.

To the ends of the rope were not frayed, neatly cauterized them lighter and tuck under the middle of the loops from the inside. As a result, you will get the original bracelet for wrist watches.
Is the advice useful?
See also
Присоединяйтесь к нам
New advices