How to connect service "Our football" on Tricolor TV

"Our football" TV channel, owned by NTV. It is included in the package of TV channels the largest satellite operator in Russia "Tricolor TV". Each subscriber of this operator it is possible to view "Our football" charge. 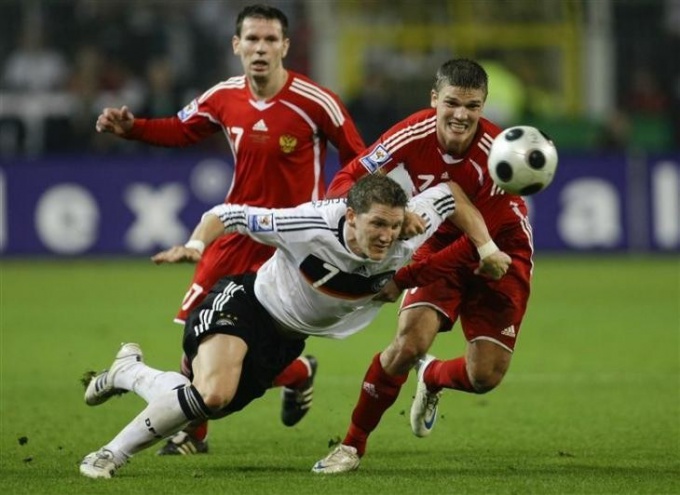 Related articles:
"Tricolor TV" - the largest company providing the population access to satellite television. According to experts from the UK, the company is the second largest in the world by number of subscribers. The number of channels that broadcasts a "Tricolor TV" is the channel "Our football", popular mostly due to the broadcasts of football matches of the Russian football Premier League.

Channel package, which is included in "Our football"

Channel "Our football included in one of the additional packages "Tricolor TV", which will be charged separately. "Our football" is the official channel of the Russian football Premier League. It is possible to watch all the matches of the championship of Russia, as well as various digests, reviews, a football talk show.

"Our football is one of the few channels that has the technical ability to broadcast a match in the "European" quality. As do TV companies the UK and Germany. Implemented the technology due to the large number of cameras, shooting in the highest extension.

The cost of the algorithm and the connection channel

Want to enjoy watching matches of the Russian football championship must be prepared to allocate 149 rubles per month. That's the cost for buying an additional package "Our football" the company "Tricolor TV". The amount is not very big, and it seems that most football fans can afford to spend it, even at the expense of giving yourself in any other pleasure. For example, visiting a pub with friends.

If you are already a subscriber "Tricolor TV", then you need to perform the following steps to enable the clock to watch the football. You need to acquire the equipment "Tricolor TV", which supports the HD format, because the TV channel "Our football" is broadcast only in this format. Next, you need to pay the cost of providing service, at least for one month. Payment methods can be different, depending on your taste. If it's a paying dealer, you will need to simply tell him about your desire to connect "Our football" and the ID number of the receiver or the subscriber agreement. If you plan to pay for the service in the terminal, it is necessary to choose "TV" - "Tricolor TV" - "Our football". You can pay for the service on the website "Tricolor TV" in the personal Cabinet.

Then you must reconfigure the equipment if this is not done. Using the remote control, you need to select "Update channel list" in the menu of the receiver. After the channel "Our football" will be found, you need to leave it enabled his equipment until the images and sound. If the sound and the image appeared, it is possible to enjoy watching football matches. If picture and sound do not appear for a long time, then you need to contact the technical support of the "Tricolor TV" via e-mail or phone.

Those who are not subscribers of "Tricolor TV", you need to follow these steps to purchase equipment and enter into a contract with the dealer.
Is the advice useful?
See also
Подписывайтесь на наш канал