What is obsessive-compulsive disorder

Obsessive-compulsive disorder, or OCD, is a mental disorder that is characterized by the appearance of uncontrollable Intrusive, disturbing thoughts. Man tries to get rid of them through repetitive, tedious, and senseless actions. 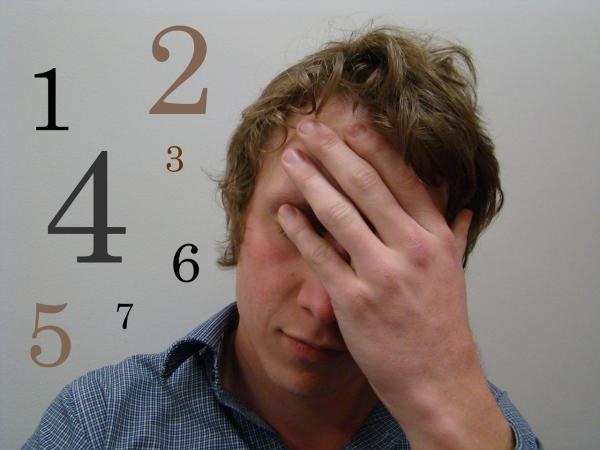 The symptoms of obsessive-compulsive disorder

Obsessive-compulsive disorder is characterized by the appearance of Intrusive thoughts, memories, doubts and actions are accompanied by awareness of pain and a critical attitude towards them. The most common type of Intrusive action are the rituals of the movement, the actions, accompanied by uncontrollable fear, fears (phobias) and doubts. Based on the appearance of phobias are feelings of fear of death.

With the gradual development of neurosis the symptom is more complex, along with phobias appear Intrusive thoughts, and actions. The symptoms of the disease are also obsrevations manifestations: fatigue, weakness, trouble concentrating, irritability, sleep disturbance, etc.

There are 3 types of the course of obsessive-compulsive disorder. When first observed a single attack of illness, it may last for weeks, years. The second type is characterized by relapses alternating with periods of complete health. The third type occurs continuously with periodic amplification of symptoms.

Obsessive-compulsive disorder occurs in 3 stages. For the first stage is characterized by obsessive fears. They appear under the direct influence of traumatic stimuli. In the second stage, obsessive fears are observed only when waiting for meetings with traumatic circumstances. The third stage occurs when the patient's obsessions appear under the influence of ideas about possible encounters with traumatic situations.

In the course of the development of neurosis has been a change to the methods of protection used by the patients to fight the obsessions. In the initial period applied mental care for anxiety, logical tamperevident. In the future ill try to avoid traumatic moments, often involving protective action ones.

The most severe is the disease, when it started to come to the periods of childhood, adolescence, and the second period of maturity and involution (36-65 years). For sharp currents of neurosis characterized by the appearance of anxiety, suspiciousness, self-doubt. At the peak of the disease obsessive fear accompanied by pronounced vegetative symptoms. After recovery, the phobia can worsen with life's setbacks and difficulties.

In the case of a subacute course of neurosis traits of compulsiveness, suspiciousness continue, is complicated by their structure, appear Intrusive doubts. This form of the disease is undulating course with periodic exacerbations caused by psychogenic factors.

Medication combined with cognitive behavioral therapy. The doctor selects individual phobias of the patient and helps them to understand. The main objective of this method is to develop an informed response to obsessive thoughts without the accompaniment of actions or rituals. The patient must learn to suppress (or displace) the insignificant moments in life. Biological method of treatment of obsessive-compulsive disorder used in very heavy conditions, the patient. Cupping is used strong psychotropic drugs depressing the nervous system.
Is the advice useful?
See also
Присоединяйтесь к нам
New advices