How many times a day should write a newborn baby

Sufficient frequency of urination in a newborn can attest to the fact that the baby gets as much nutrition as he needs. It is worth to pay attention to indicators such as the amount of urine and its color. 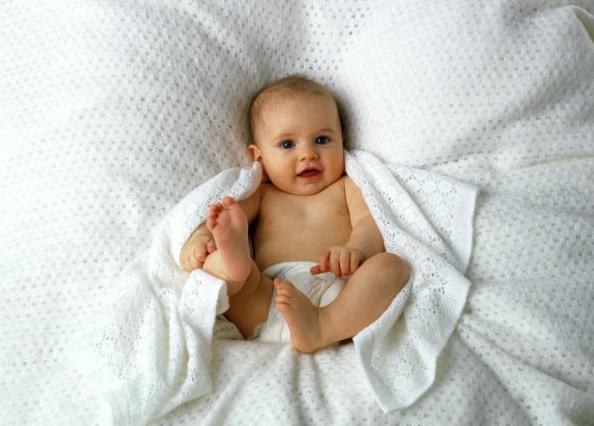 In the first days of life rare urination in babies is the norm. Getting water in the air, the child's body is reconstructed, with the surface of the skin evaporates a lot of moisture, so a newborn may not write so often.

Usually the first urination occurs for the first time in the 24-48 hours after birth, which is not a pathology. The kidneys of the baby is still imperfect, therefore, in the first days of life urination can be rare. While the urine is usually concentrated.

A small amount of urine is especially common among babies that are breastfed. In the first days of his life he eats fatty colostrum. After coming from mother's milk, which contains a sufficient amount of liquid, the amount of urination per day, the child is greatly increased.

How many times a day should a newborn pee

During the neonatal period the baby needs to pee 10-12 times in females. The gender of the child is also important. It is believed that for boys, the norm is at least 12 voids per day, and for girls at least 10.

Experts on breastfeeding advise young mothers to periodically check how many times a day the baby was able to pee. Make it pretty easy, if time to give up disposable diapers. In this case, mom only needs to count the number of wet diapers.

If a newborn writes less frequently than foreseen by the norm, and thus it is poorly gaining weight, he gets mother's milk, not in the quantities that you want. Perhaps this is due to a shortage of milk, its lack of fat with the improper seizure of the nipple. If the issue does not work, the mother need to feed the baby artificial formula. But before you make this decision, be sure to consult with your pediatrician.

Already after the baby is six months old the amount of urination per day is somewhat reduced. The volume of urine increases and Vice versa. This is understandable, as the baby begins to learn to control this process, as the bladder volume becomes larger.

If the amount of urination per day is significantly exceeded, this should be the reason for going to the doctor. It is also desirable to pay attention not only to how often the baby pees, but in the color of urine. Normally it should have a light yellow tint. Too dark color may indicate certain disorders.
Is the advice useful?
See also
Присоединяйтесь к нам
New advices