How to create an online game

With the proliferation of the Internet and social networking online game caught the fancy of users and are actively developing. In their creation found many artists, animators, writers and programmers. Some popular onlinegames began with small projects that are feasible for a novice developer working in the initial phase alone. 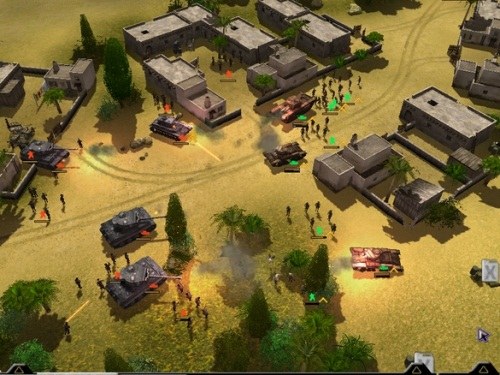 Related articles:
Instruction
1
Soberly evaluate their knowledge and capabilities. You will need knowledge of at least one programming language. It also requires the understanding of technologies of creation of computer games, for example, you need to understand what is the event queue, multithreading, user interface, client-server and know at least the basics of computer graphics. You will also need at least one reliable server for the head part of the game. It needs to be well configured, ready to burst load, is safe and tested. Online game, unlike the conventional one, requires a higher quality of service. No one player is not gonna like it when at the crucial moment the server begins to restart due to a failure or becomes unavailable for several hours due to a DDoS attack. To successfully meet all the requirements of one person is almost beyond the power. So you need a willingness to teamwork and the ability to collect it.
2
Sketch the design that you can bring to life. The creation of good computer games is a very time consuming process, which involved a lot of good professionals in their field. Do not try to just outrun them, otherwise you just won't be able to bring a game to the end.
3
Keep in mind that modern technology does not allow to implement many of the technologies of realism. Many of the projects is limited to hardware requirements, not a lack of ideas or expertise. Additional restrictions imposed the need to support simultaneous game a large number of players, that when the big functionality will require powerful and expensive servers, the requirements for which are very high. Therefore, in the initial stages, it is important not to get maximum detail graphics and gameplay.
4
First, create the smallest possible, but fully working model of onlinegames, which you can extend. It should consist of a simple complex client-server running on a single computer, and ensure that: the simple model of the playing space; the creation, start the game and save state of the character; ability to communicate; the ability to move and ability to perform actions.
5
Develop a Protocol of interaction between client and server over the network. A single standard in data transmission greatly simplifies the design, but to standardize all tasks are often inefficient and leads to the generation of large amounts of unnecessary traffic. Try to find a balance between the General standard and volume of traffic. Also in this step, work through the software part of the server. Decide with multithreading and implementation of customer interaction across the network.
6
Bring the client part that will work on the player's computer. At this stage it is important to lay the extensible interface of the game, in the future, you might painless to change, and also to look into the software part graphics. It is important to determine which technology is preferable to create an image of the gameplay. The use of Flash or Javascript allows the user to play in the browser. You can use these technologies to create onlinegames, spreading in a social network. You can also write to the client as a standalone application, to fully utilize the power of graphics cards.
7
Ensure safety. Your server can be at any moment attacked with the purpose of obtaining access to a database of players that can have unpleasant consequences. Also the server part of the game may be subject to a DDoS attack. For example, the mass registration of players a special script and their simultaneous connection to the game. This attack will quickly exhaust the server resources and require quick decision-making during his work. In order not to create inconvenience to the players, the mechanisms for such situations must be considered in advance.
8
Assemble a team to work on graphics and to expand the functionality the onlinegame. At some point you will be able to run the project and depending on how it will be adopted by players to develop in a particular direction.
Is the advice useful?
See also
Присоединяйтесь к нам
New advices