What if son doesn't want to go into the army 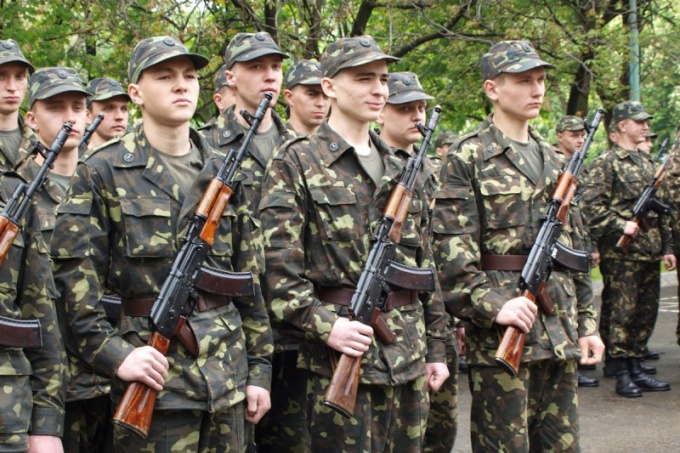 How to help your son avoid military service

If the child is still quite small, it is not necessary to pay special attention to his unwillingness to serve in the army. In high school he will undergo his first medical examination in the military and learns about military obligations in more detail, after which he formed more informed opinions about this.

Find out whether the young man's health problems. Carefully reading the results of his medical Board, and ask what decision was made by the military Commissariat. There are cases when guys who have problems with health, all determine fit for military service. It is unlikely the young man meekly accept this fact. Try to convince him to undergo a medical examination again, and if the results are the same, contact law enforcement bodies with the complaint to the military Commissariat.

If you do not want your child to serve in the army, help him after school to enter higher educational institution. This will give him a reprieve and allow peace to remain in civilian life for several years. During this time, his life may change, for example, he will get a family and children. The law provides various exceptions for military service, so it's best not to rush to enter the service.

How to convince a son of the necessity of military service

A young person with no health problems and is not received after 18 years in a higher educational institution, will be mandatory drafted into the army. The attempt of evasion of service is regarded as a criminal act subject to criminal punishment. Therefore, young people need help to overcome fear and to serve in the army. To do this, talk to him. Father can bring the son the example of his military service, to show that it's not bad, and not shameful, and even often interesting and can help a guy become a real man, will make him stronger, tougher and more careful in everything.

From childhood, teach your son to watch movies on military subjects, visit with him military parades and tell him about the different military divisions. In the end young people will be able to understand what kind of troops closest to him, and even he wants it to serve. In the present time the commissioners determine conscripts in the military units and divisions of troops, in which they want to go. In addition, it is important to pay attention to physical training of the son: if it is sufficiently strong and sturdy, it will be easier to postpone the time of military service.
Is the advice useful?
See also
Подписывайтесь на наш канал